A list of resources for the Homestuck fandom that don't fit in other categories, from Homestuck fonts to Flash tutorials to cookbooks. 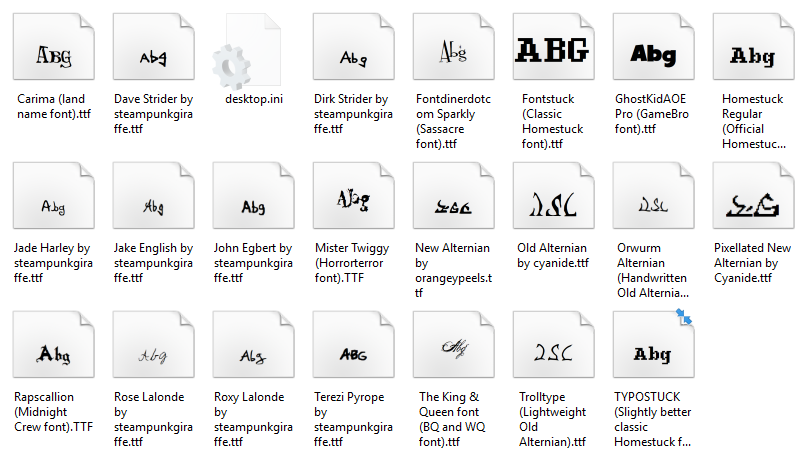 An archive of all the fonts used in Homestuck, from land names, to alternian text, to John Egbert's own handwriting. 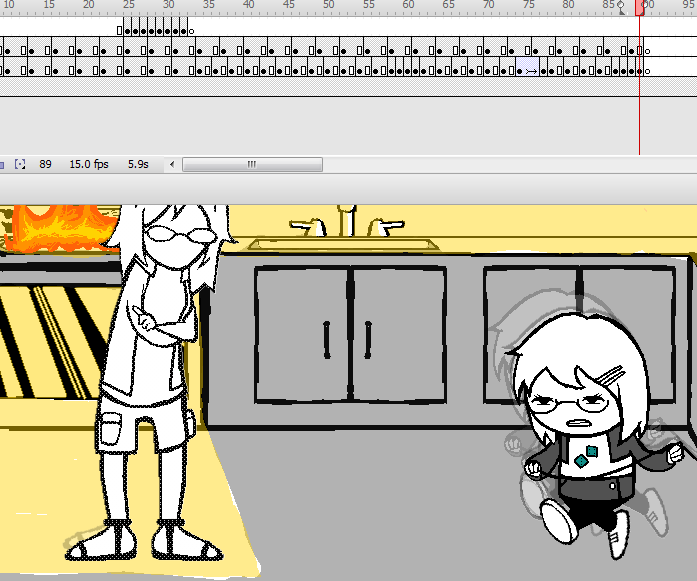 How to Make a Strife Animation

An extremely detailed tutorial on how to make a Strife animation in Adobe Flash CS3. The knowledge within is applicable to all sorts of flashes and animation programs. 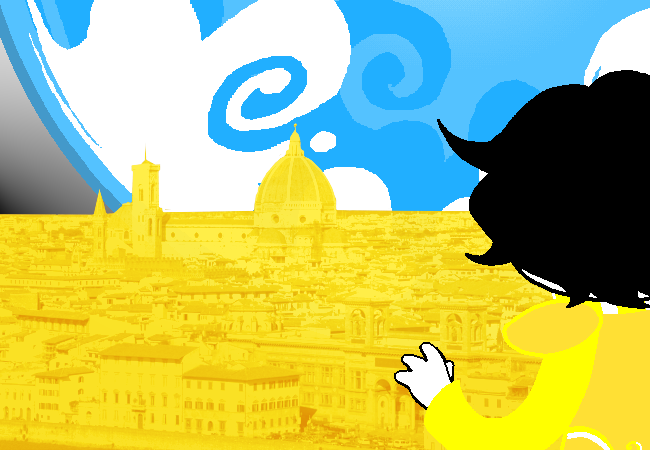 How to Make Prospit or Derse Environments

A SAI tutorial on how to make images and environments that look mostly like the ones Hussie used in the comic with little effort. 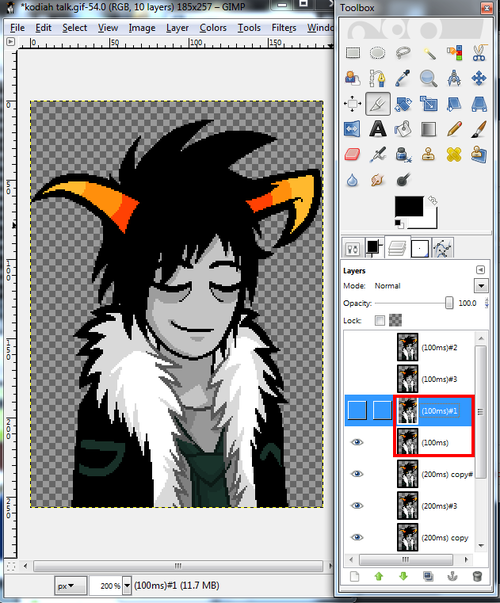 How to Make Official Looking Talksprites

A guide on how to make a good looking walkaround sprite for your character. Uses GIMP, but we recommend using any other program and applying the methods shown here, because GIMP really sucks. 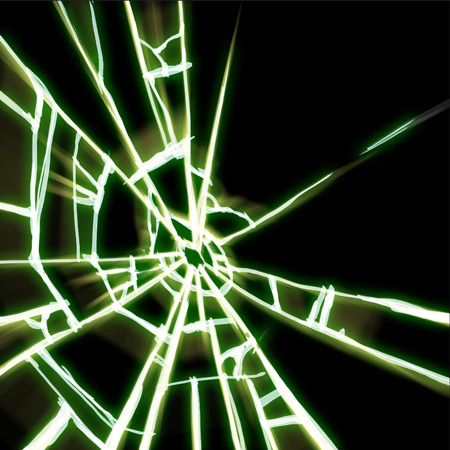 How to Make Reality Cracks

A guide by an official Homestuck artist on how to create the aftereffects of a Lord English beam on Paradox Space. The brush Rah links is here and the .psd is here. 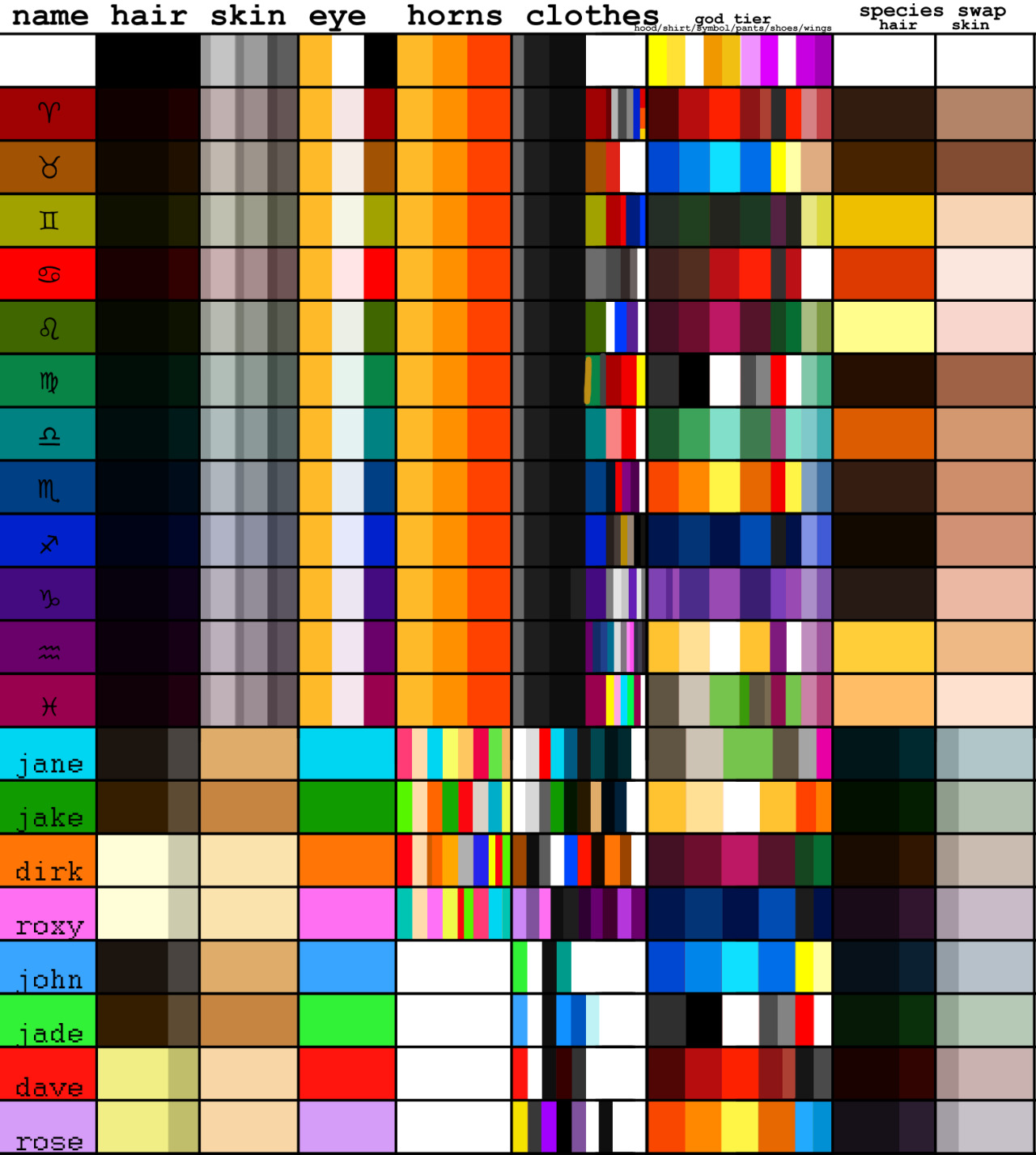 A series of pallettes, swatches and more to use during image editing and arting. 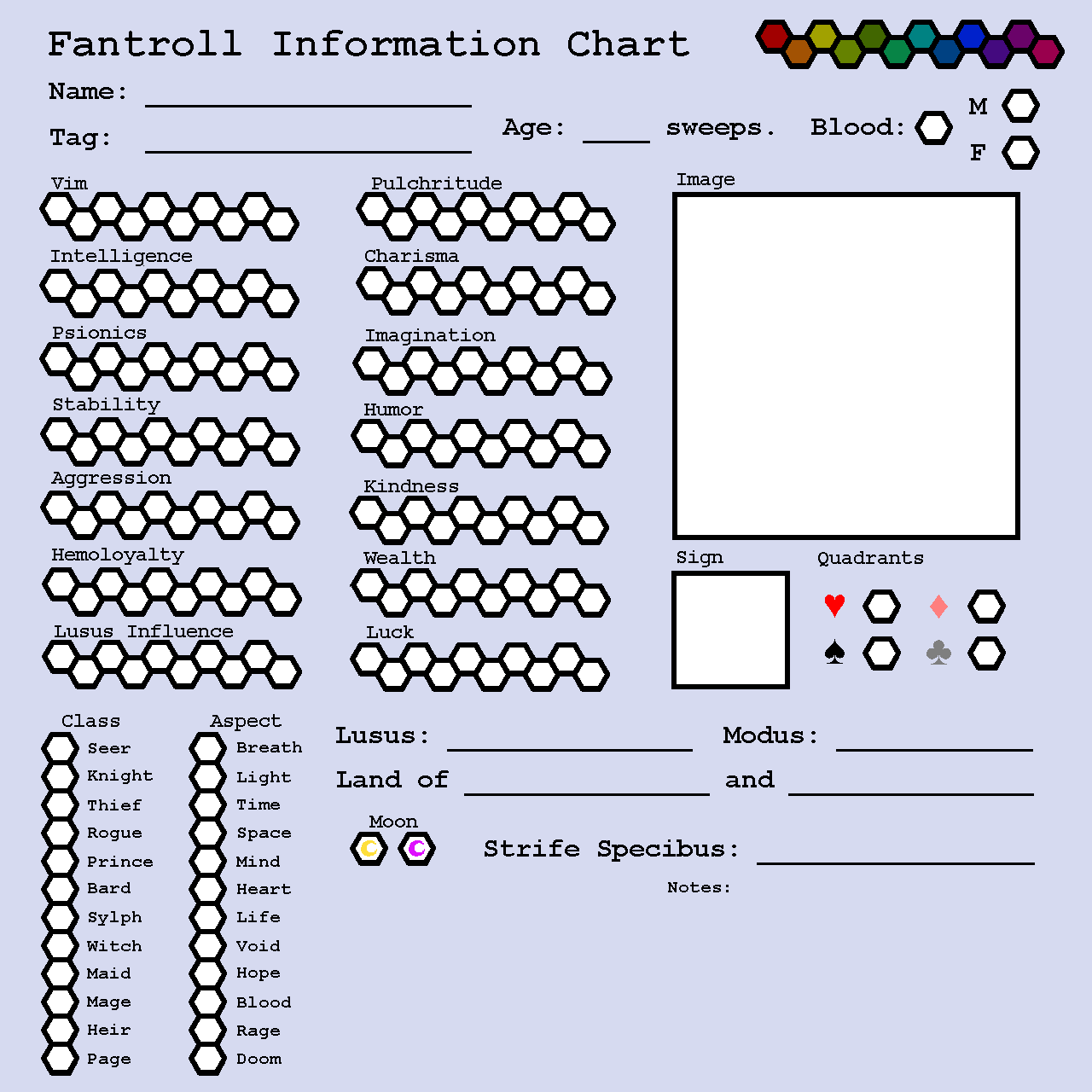 Some guidelines and minor resources for creating your own fantroll: 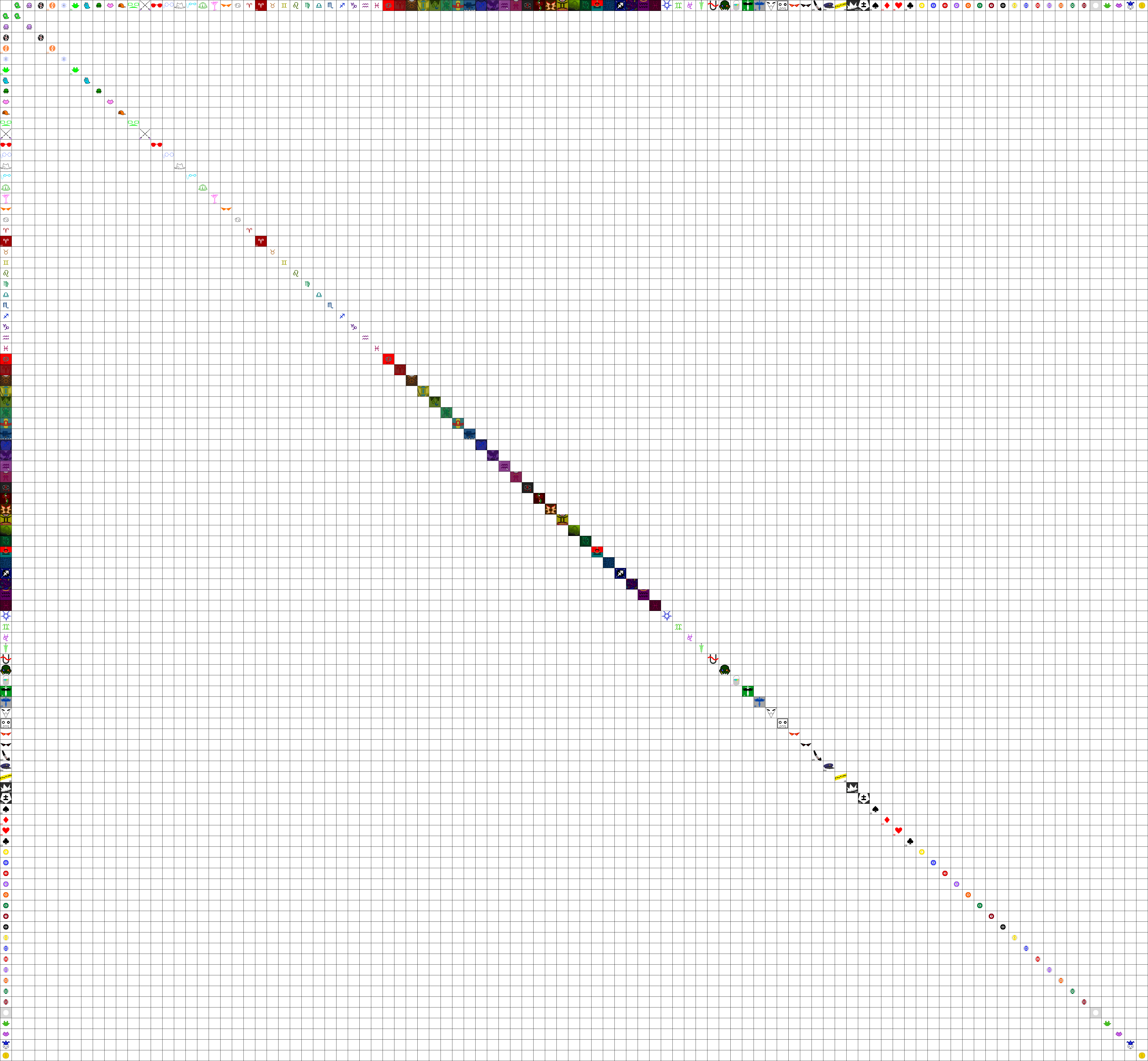 A ludicrously big shipping chart to ship every single canon character together. 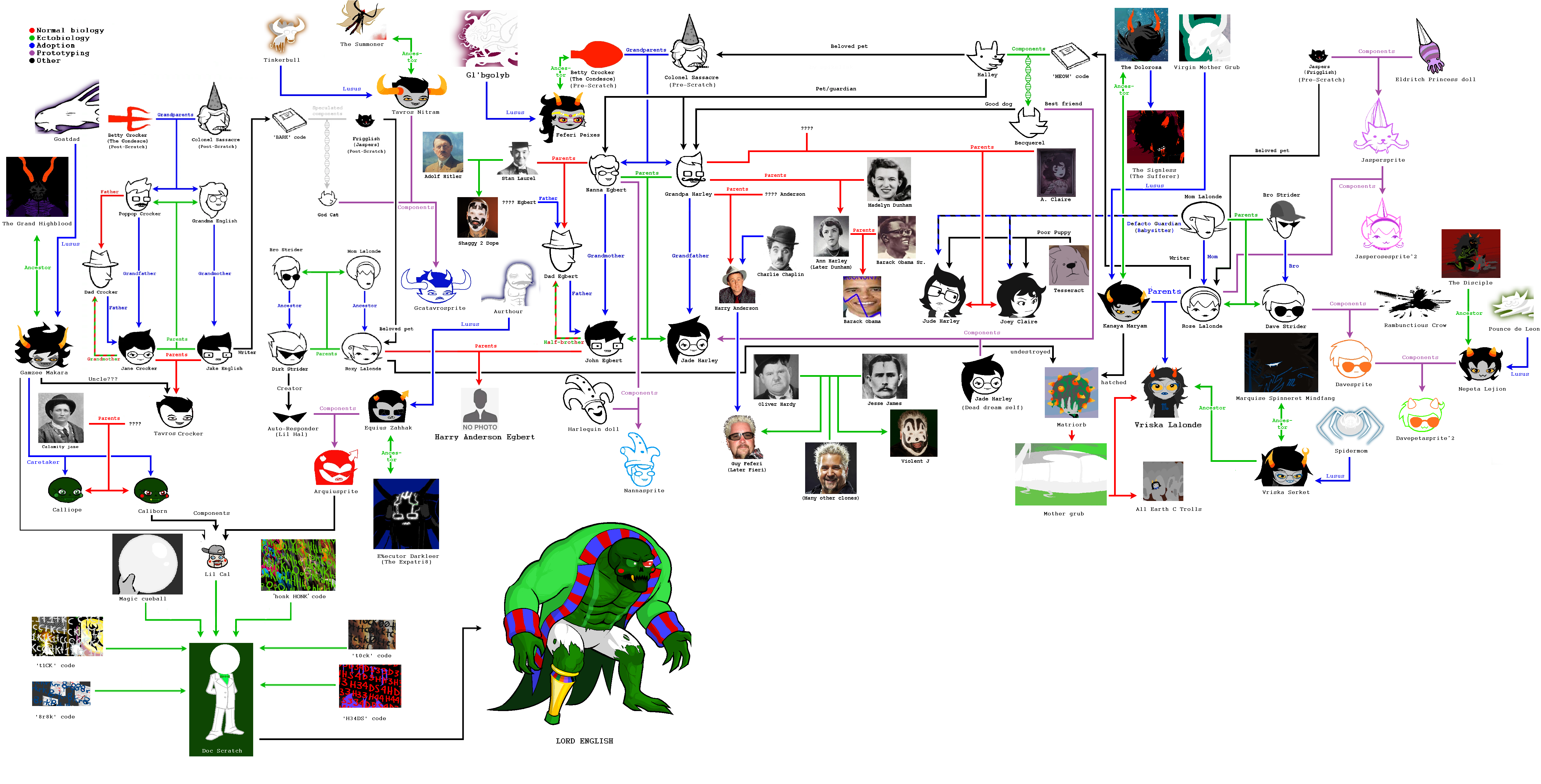 Do you truly want to know which characters are related to each other in Homestuck? Behold this amazingly expansive guide. 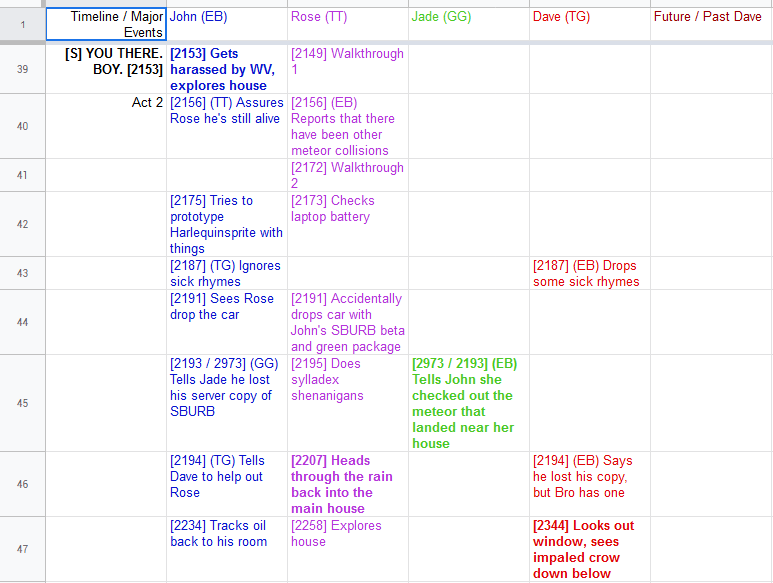 A series of spreadsheets tracking the timelines of every group of players up to the middle of Act 6. 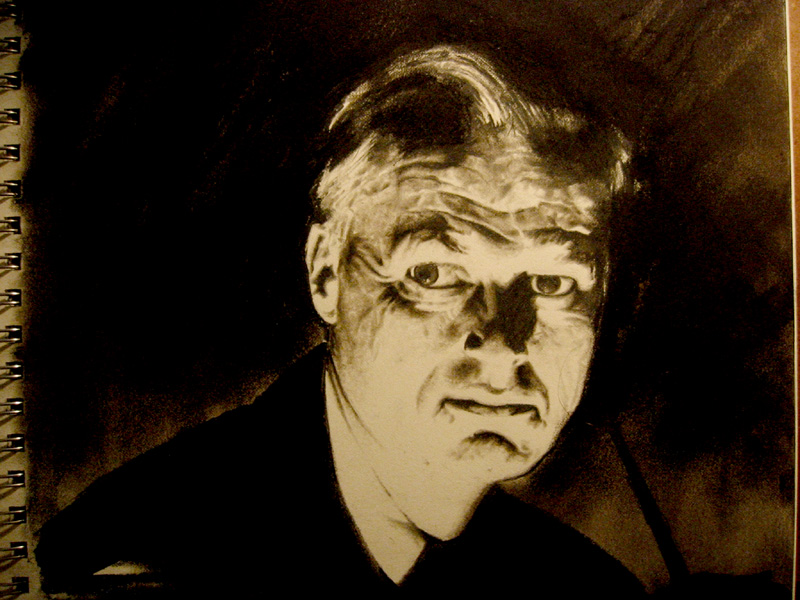 A series of art tutorials by Andrew Hussie on charcoal, inking, black and white and flat coloring. Some images were lost in this copy. 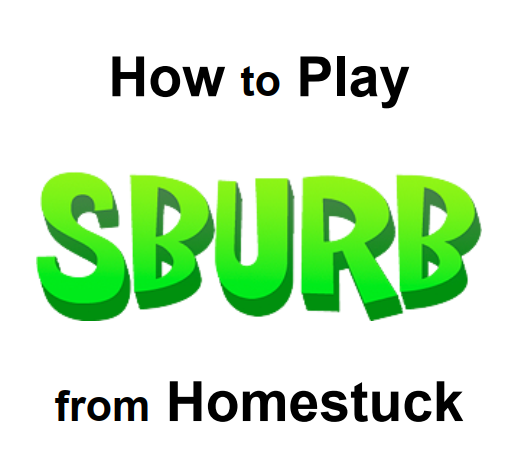 A series of fanmade guides that detail the progression of SBURB.

A variety of resources that don't warrant their own section: