A list of the official works of the Homestuck franchise, with descriptions and links.

A tale about a boy and his friends and the reality-altering game they play together. Now archived in its original version by Bambosh's Unofficial Homestuck Collection, the best way to read it.

Originally, there was a Homestuck Beta purely on flash, abandoned three days later after it became too painful to make.

Formerly the main franchise worked on by Andrew Hussie, Homestuck is part of and associated to the works in it: 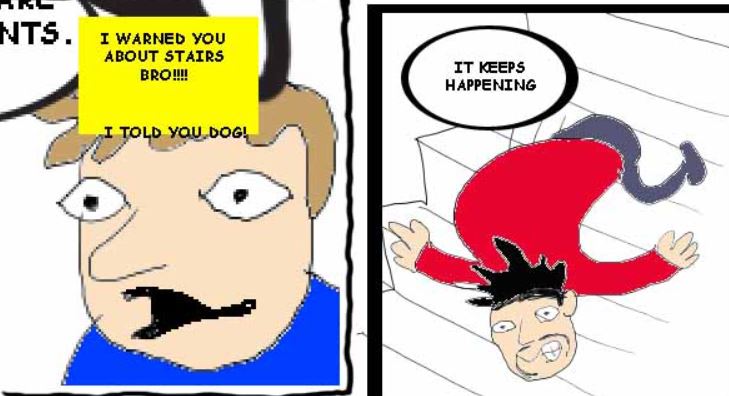 Originally spawned by Andrew Hussie from an exchange on the Penny Arcade forums, it became a comic drawn by Dave Strider within Homestuck. Highly ironic and dangerous humor is contained within. 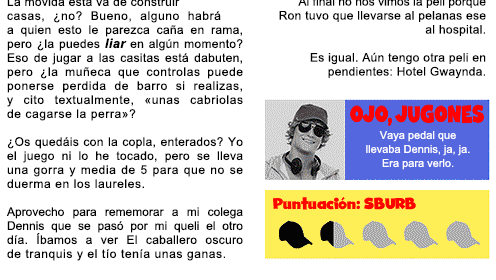 A list of fanmade translations of official Homestuck and MSPA works in a multitude of languages. Regularly updated.

Ryanquest is a completely legitimate and in no way sarcastic or silly adventure starring Ryan North and Andrew Hussie, inspired by a comment North made on Dinosaur Comics.

A mysterious prelude known only as vigilprince also exists. 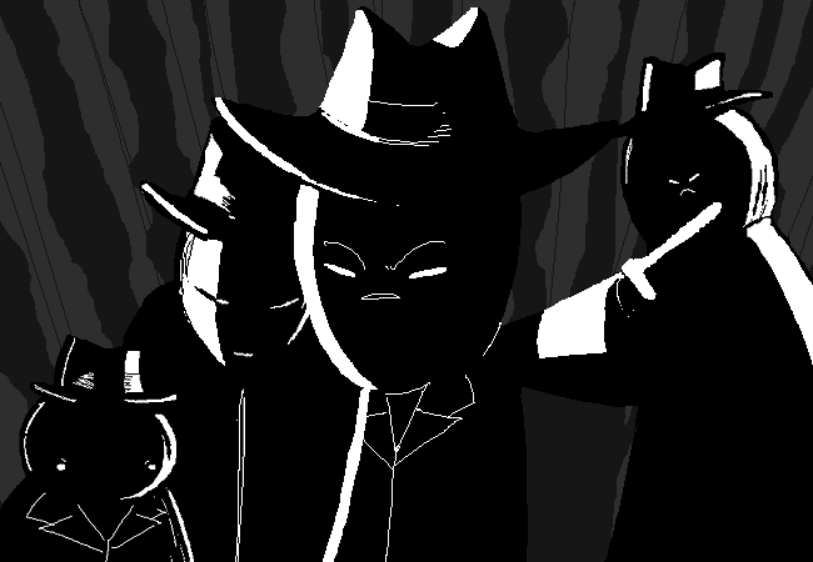 You have unlocked some FAN-REQUESTED GAME COMMANDS. These are drawn and posted on mspaintadventures if you make a DONATION! The origin of the Midnight Crew as a concept, Hussie used to make these, but no longer has time for them. 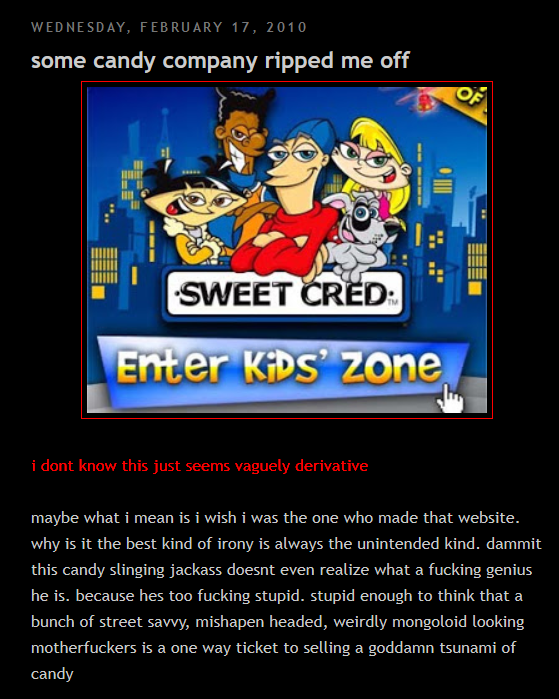 As time went on and Homestuck started referencing more real social networks for some reason, Hussie decided making actual accounts for a couple of characters would be a good idea. 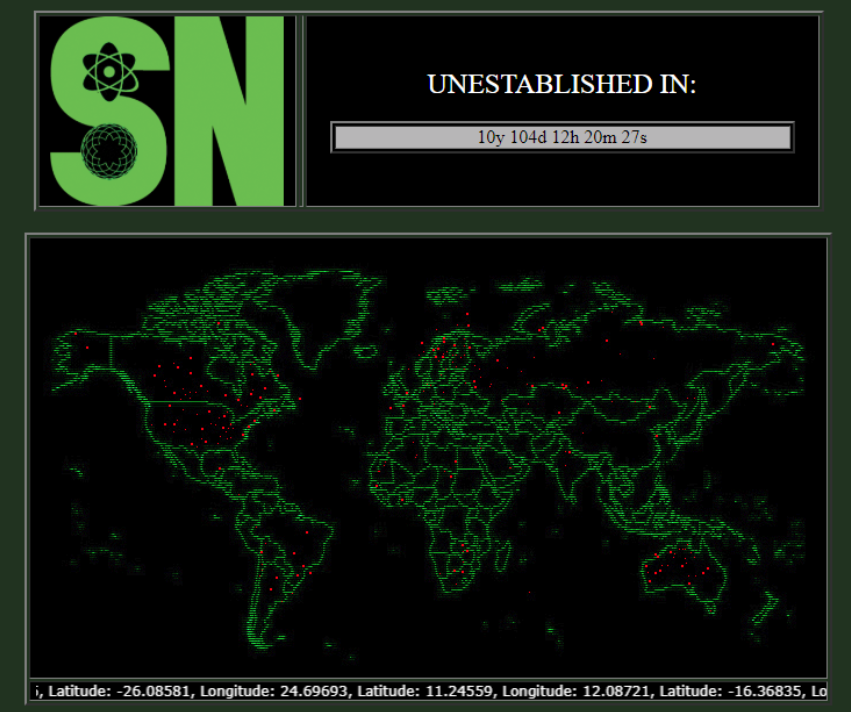 Also known as the Cursed History, this site appears as an in-universe website for Skaianet, the company in Homestuck, with a map of meteor strike locations, a countdown to 4/13/29. By viewing the source code a number of hidden links could be found relating a number of canonical facts about the history of the Condesce and Earth A. Archived by Skyplayer in Homestuck.info. 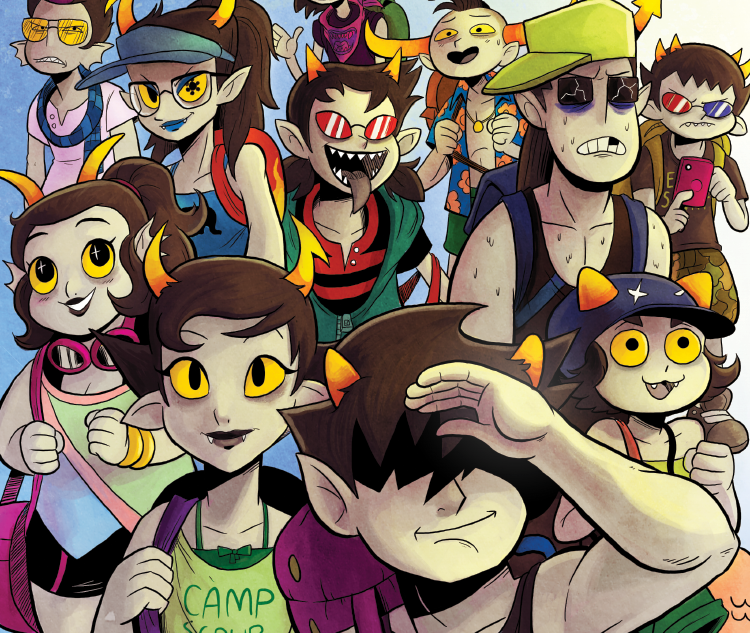 Paradox Space is a cancelled Homestuck spinoff comic series, launched in 2014. It was described by Hussie as containing stories with no overarching narrative, some AUs, some doomed timelines, some "possibly canon".

Paradox Space was also released in book form, in two volumes, each containing a few physical-only stories, available here because both books are permanently out of stock. 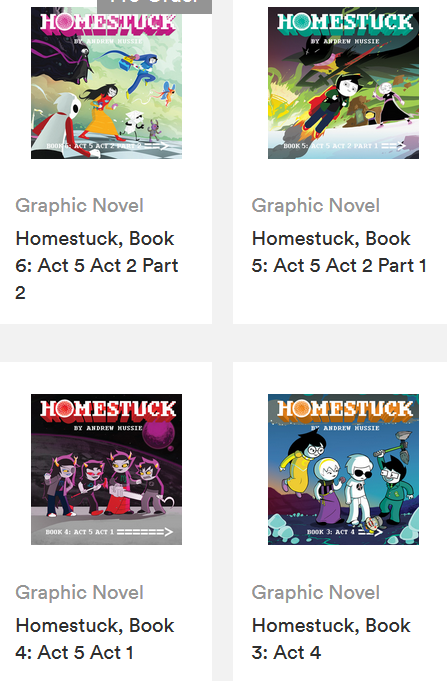 Currently being released by VIZ Media, these books are a reboot of the Topatoco book releases, having the same commentary and continuing past Act 3 this time around.

The books adapt Homestuck to a static format, contain commentary written by Andrew Hussie on every single page, and are the ideal way of directly supporting Homestuck. 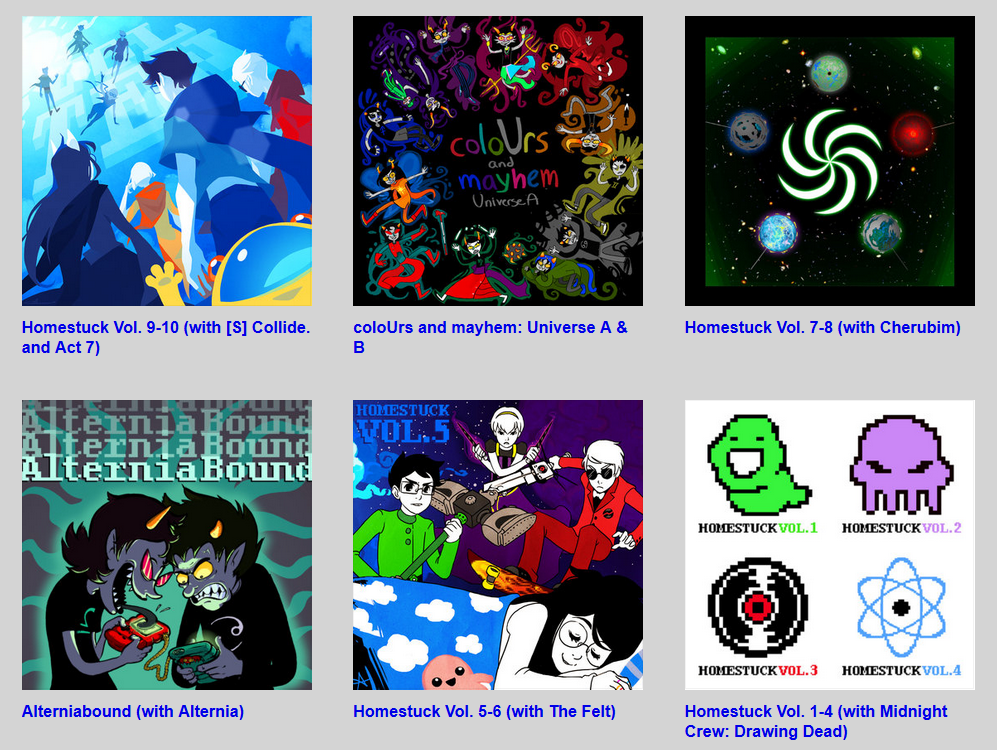 The best way of giving back to the music team that made Homestuck as great as it was, the music is spread across Bandcamp and some personal musicians' websites. 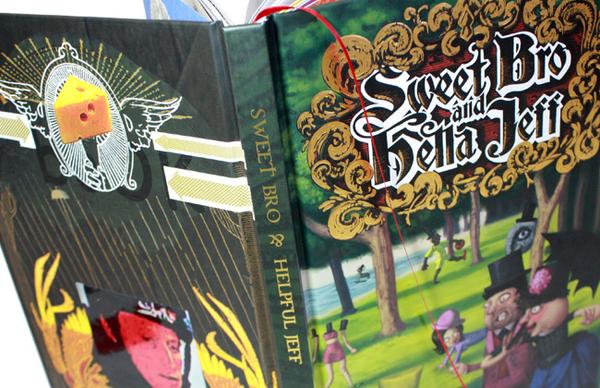 The first of these two Topatoco books is a compilation of all the SBAHJ comics, with some commentary and bonuses written in-character by Dave Strider. The second is an original story written by @dril and KC Green, widely accepted to be disappointing. 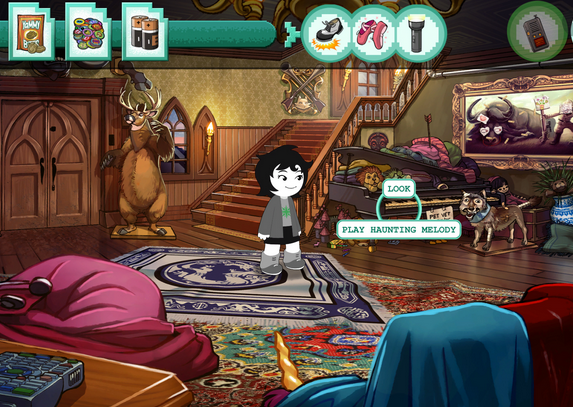 A series of possibly-canonical point-and-click games set in the Homestuck universe. Play as Joey Claire as she accidentally gets hive-swapped with a Troll from another universe.