Archives of interviews, blogs, and question and answer sessions by the writer of Homestuck. Thanks to Wheals for most of this section. 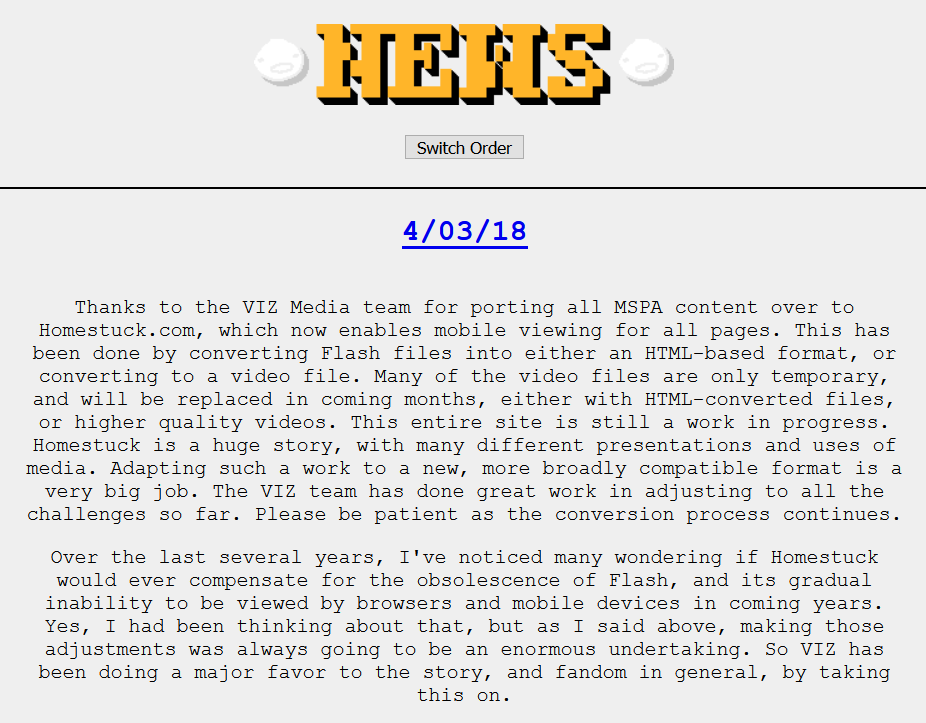 All news posts as they were originally published on the official websites, either mspaintadventures.com or homestuck.com. 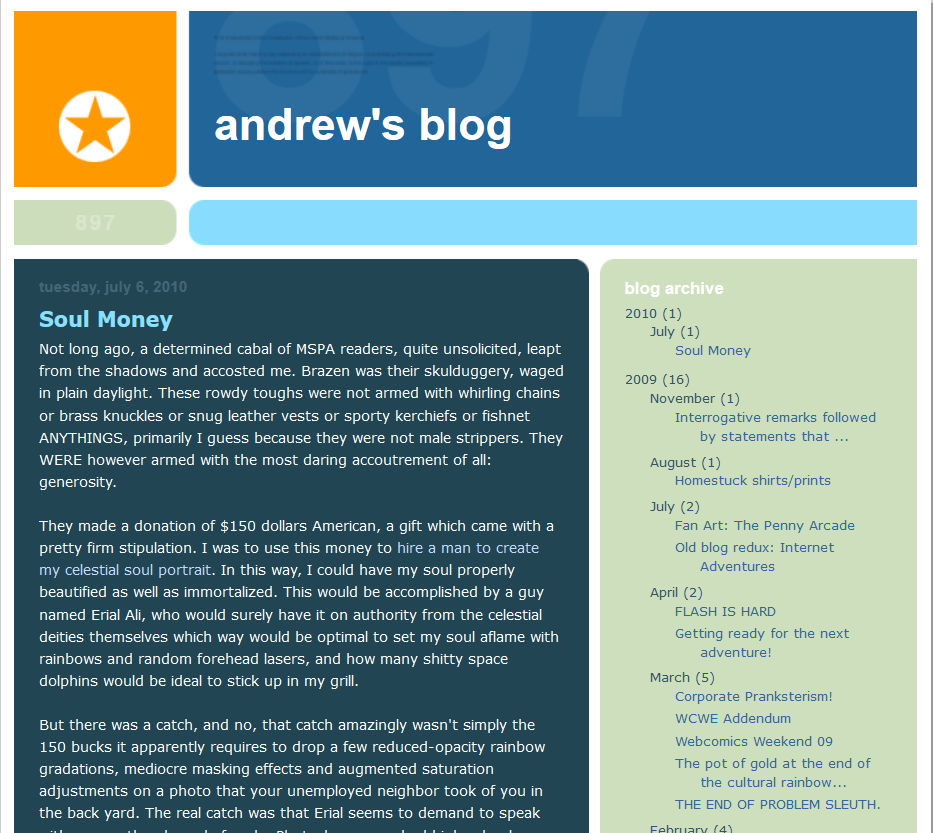 Until 2010, Andrew Hussie kept a blog where he would comment on Homestuck and MSPA or pursue funny enterprises.

This is the source of many popular references, like Hussie's obsession with the Olive Garden and the football painting. 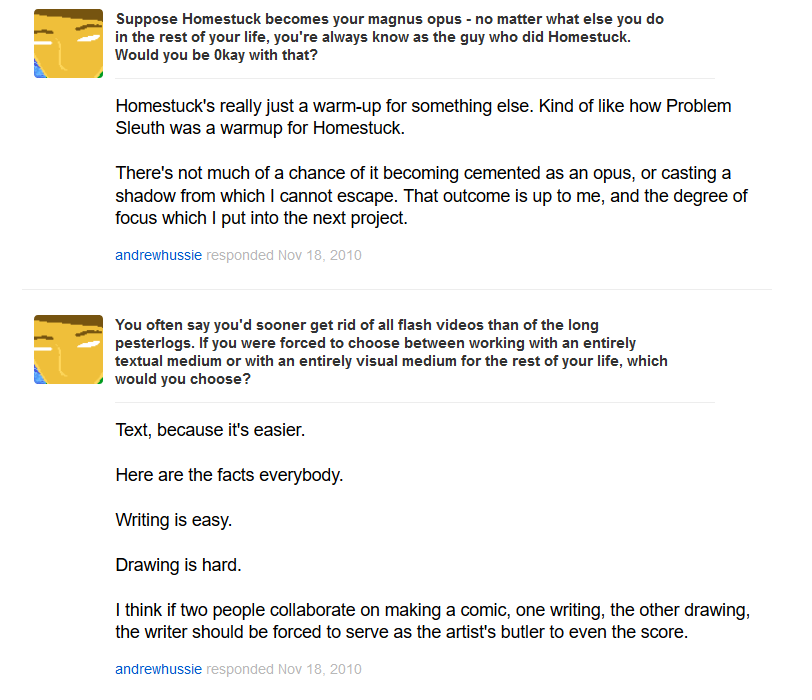 Now defunct, Formspring was a service that allowed you to send anonymous questions to people and get answers from them. A vast amount of Homestuck WOGs (Words of God) come from Andrew Hussie's formspring (2010-2011), mirrored here for your research. 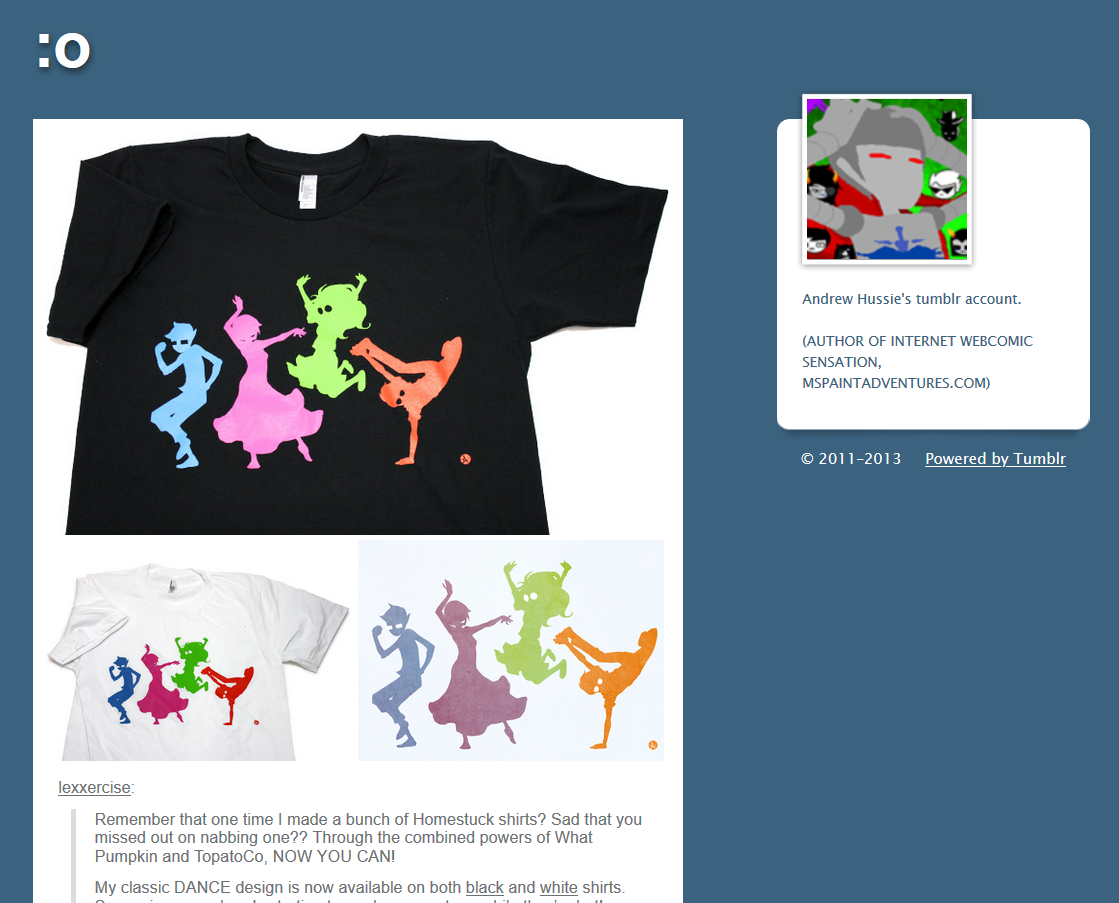 From 2012 to 2014, the brunt of Homestuck's fanbase used Tumblr as its hangout place. Hussie decided to open a blog there to respond to questions and generally interact with his fanbase. This would become the last service of direct fan communication he would ever use.

Also check out his other Tumblr: Things Ryan North Bought With My Credit Card. 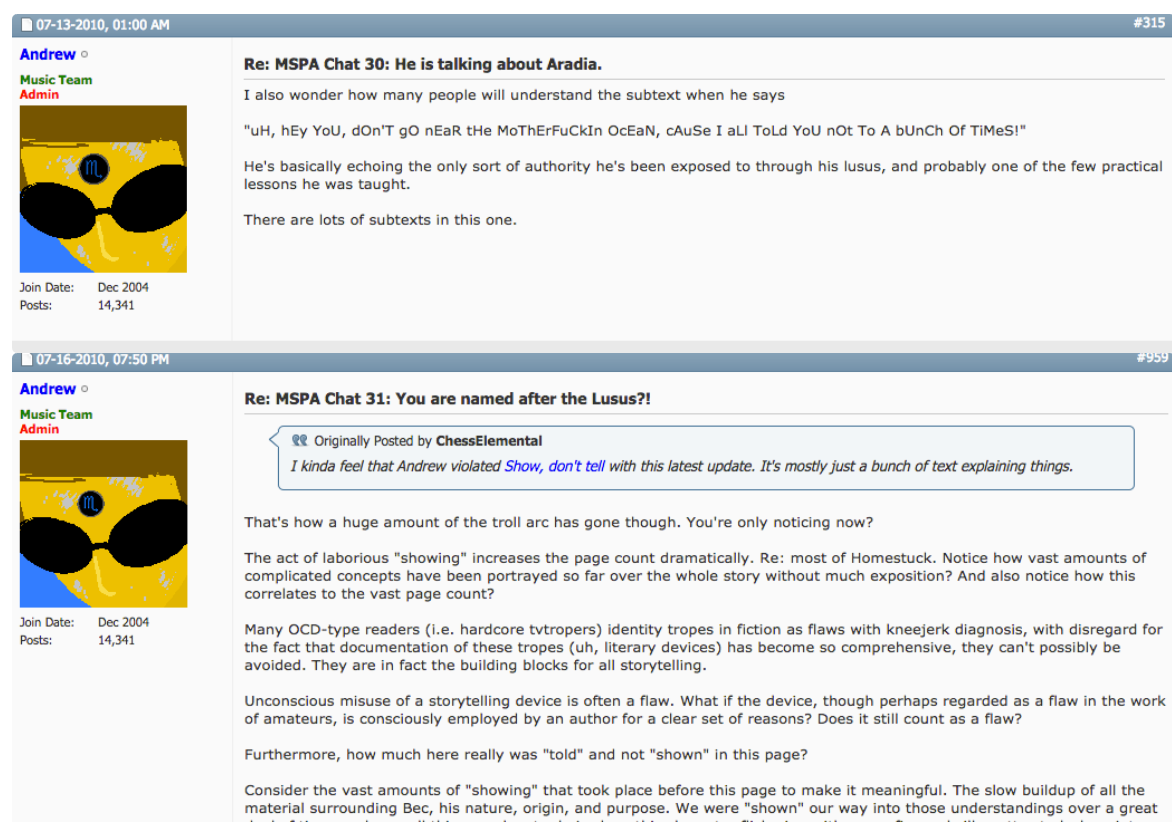 While this is a very incomplete archive, an user shared a few screenshots of interesting, Homestuck-related posts made by Andrew Hussie during the prime of the official forums. Another big source of WOGs. 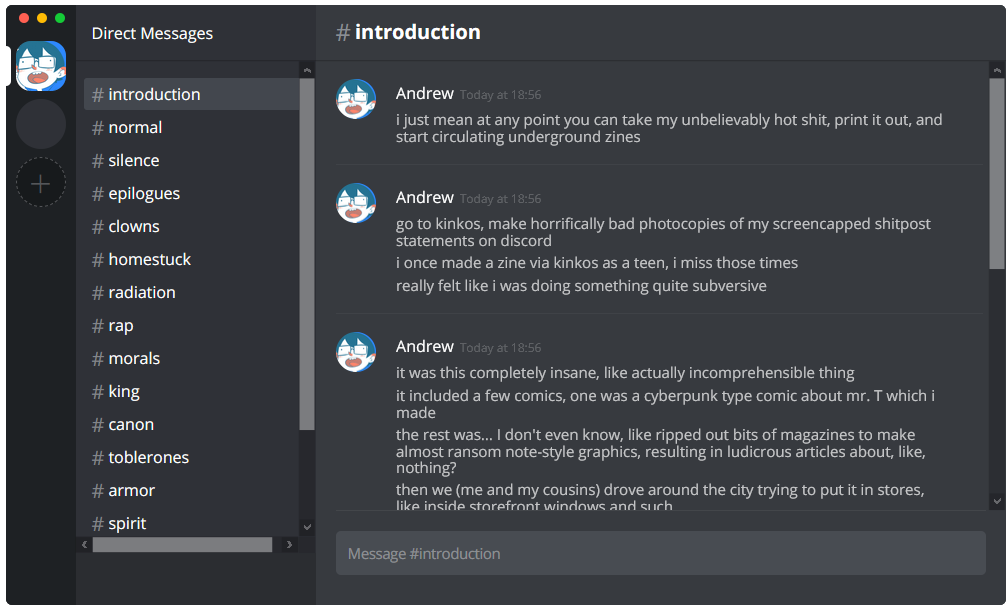 Previously only distributed via postal lottery, this collection of Discord messages had never before seen the light of a backlit screen. Enjoy Andrew Hussie's 2019 musings on canonicity, fan communication, Homestuck and Air Bud. 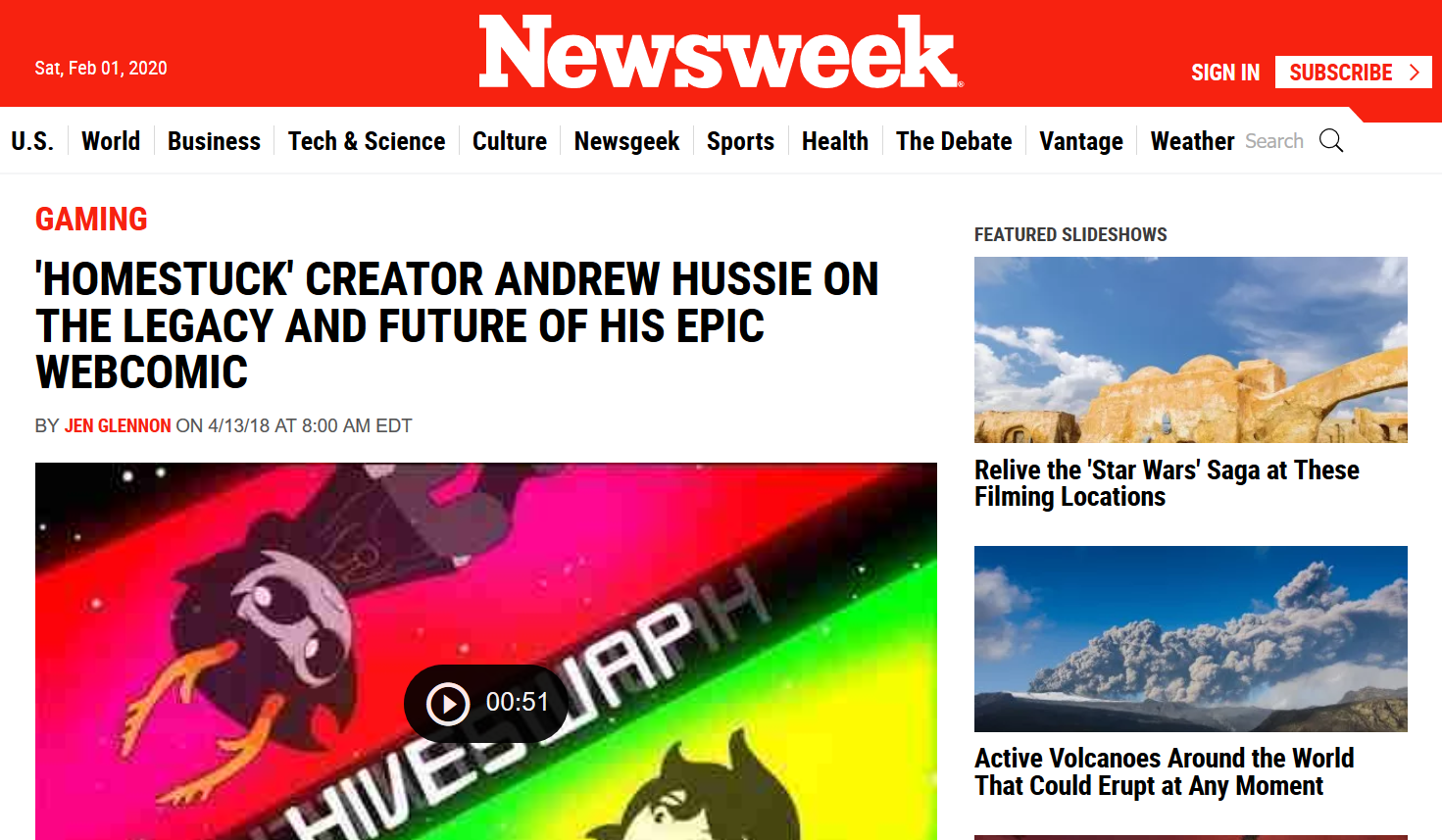 Andrew Hussie's always stayed out of the mainstream, but in a few occasions he's given some interesting interviews to huge outlets. Here's a selection of them: