These will be moved to the Desktop section after 2020, so play fast! 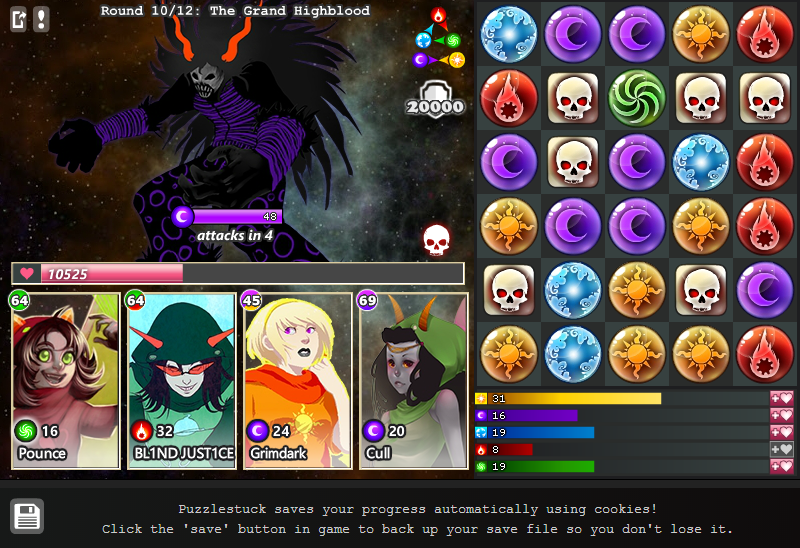 A Match-3 RPG based on Homestuck. 68 characters, over 100 enemies, and hours and hours of strategy. One of the best Homestuck games ever made, it took over the fandom when it first came out. 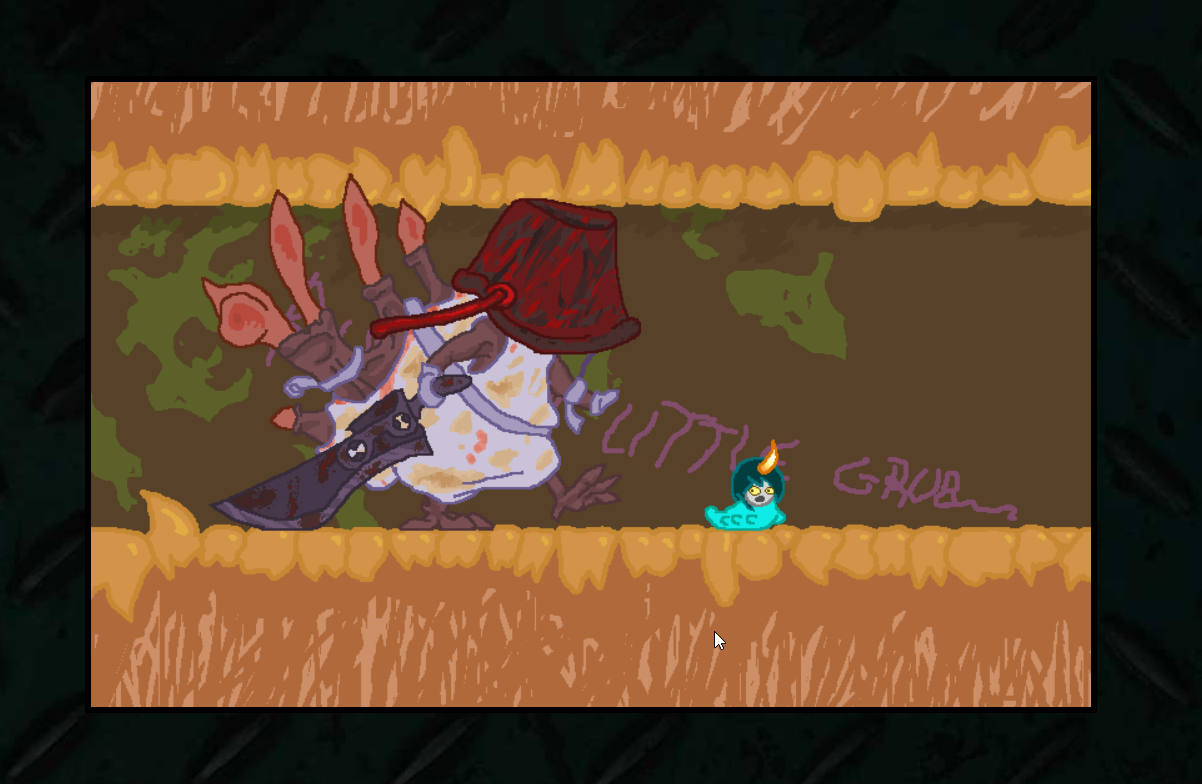 A short survival horror/platformer component of Alabaster: The Doomed Session. Ginneo Adarna is stuck in a gigantic hive. Searching for a game his best friend sent him using his domestic griffin, Ginneo will lose himself in his own memories and past sins. 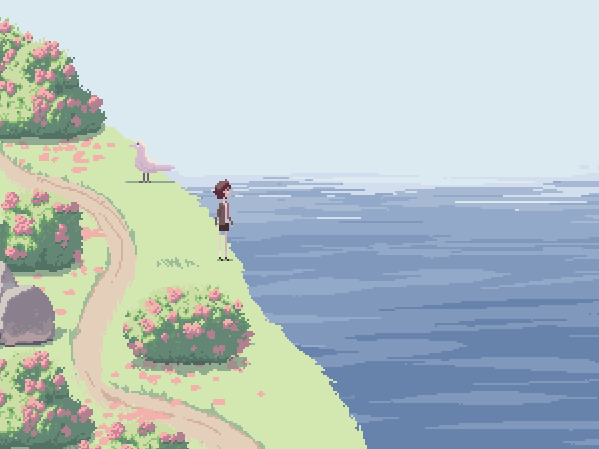 A short comedic game set in a Homestuck/Steven Universe crossover, based on a 4chan Homestuck AU (meaning many NSFW references, do not play this if you're underage). You play as JOEY CLAIRE, use items and fuse with different characters in order to beat the game. 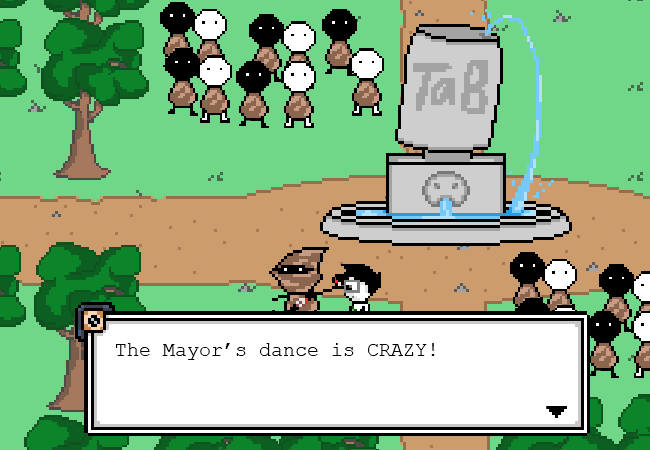 Fanmade epilogue game taking place in Earth C. There is no real objective, you just walk around and explore the world you have created, examine things and talk to characters. 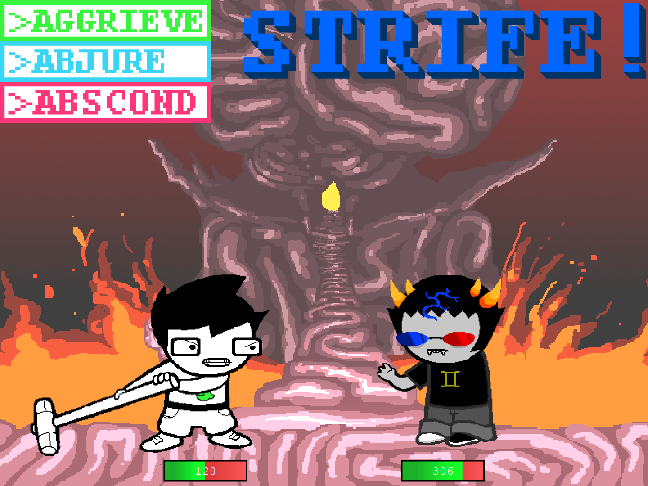 A very, very basic on-rails JRPG where you fight all the Homestuck characters with commands from the original Strife pages. Originally a school project, and it shows. 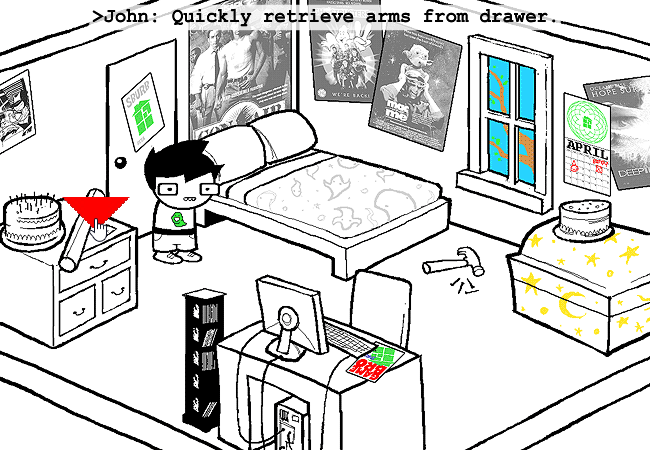 A playable version of Homestuck ACT 1, edited to play like a point and click game. More a 5 minute curiosity than anything else. 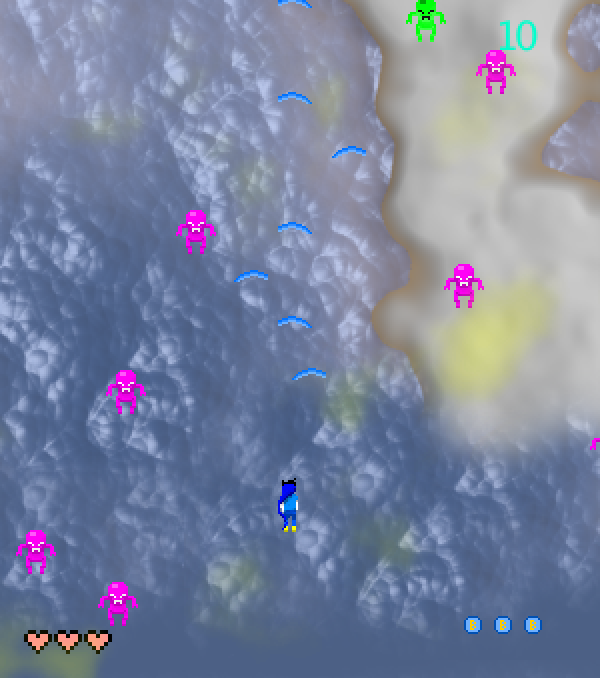 Also known as The Sburb Project, this is a pretty simple and straightforward bullet hell combining the gameplay of Touhou with the themes of Homestuck. 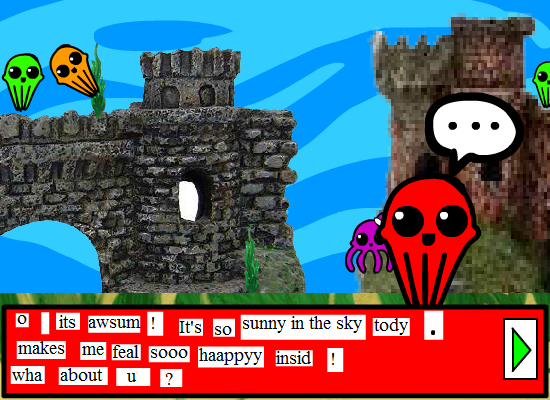 Start on a quest to help the kingdom renew its rich conversations by correcting your fellow tangle-mates. Ironically riddled with grammatical errors, and fairly short and buggy. 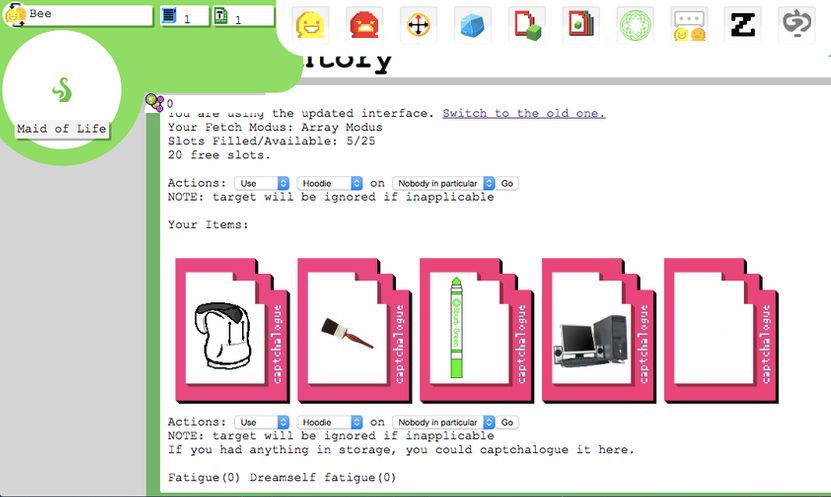 A mostly-text-only browser game/alchemy simulator/roleplaying aid MMORPG based on the webcomic Homestuck. Grind grist, alchemize weapons, and play SBURB with your friends over the internet. Version 1 (with less features but including the Black King fight) available here. 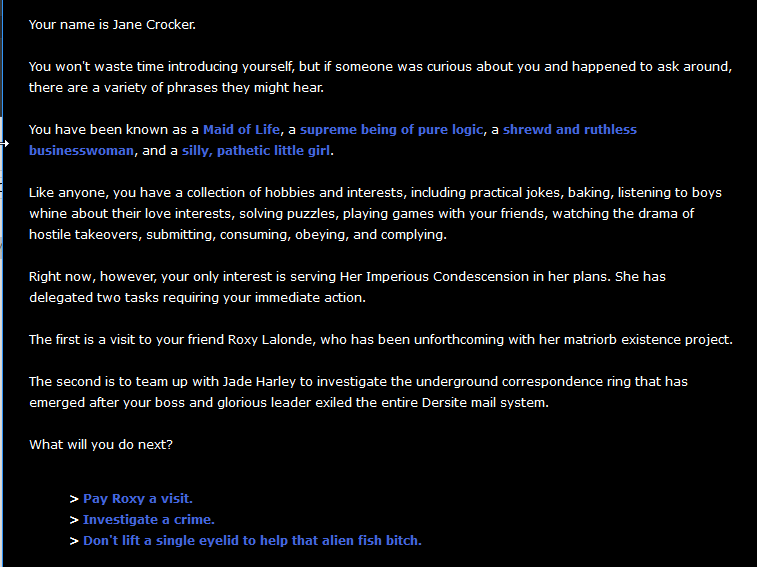 Life is Out of Season

A text adventure. Her Imperious Condescension has made a puppet of Jane. But beware of the puppet who learns her own strings. 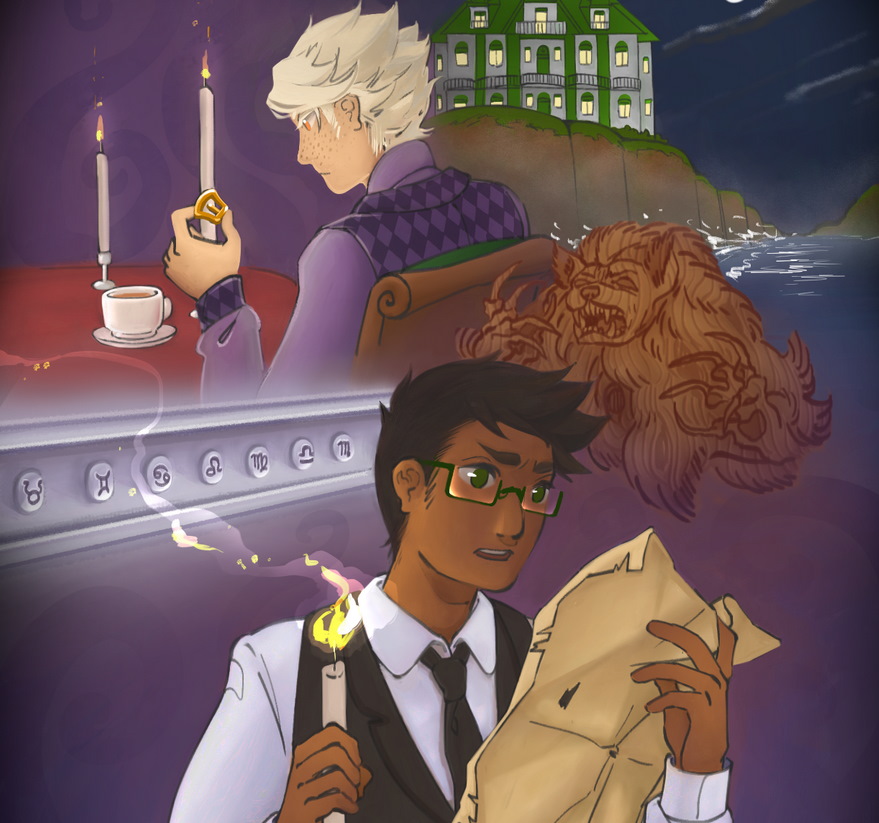 Jake English and the Secret of the Soul

Another text adventure. Lost and stormbound in Derse, can you help the devilishly handsome explorer JAKE ENGLISH find and recover the legendary SOUL OF THE DEPTHS from a puzzle-ridden manor? AO3 link here. 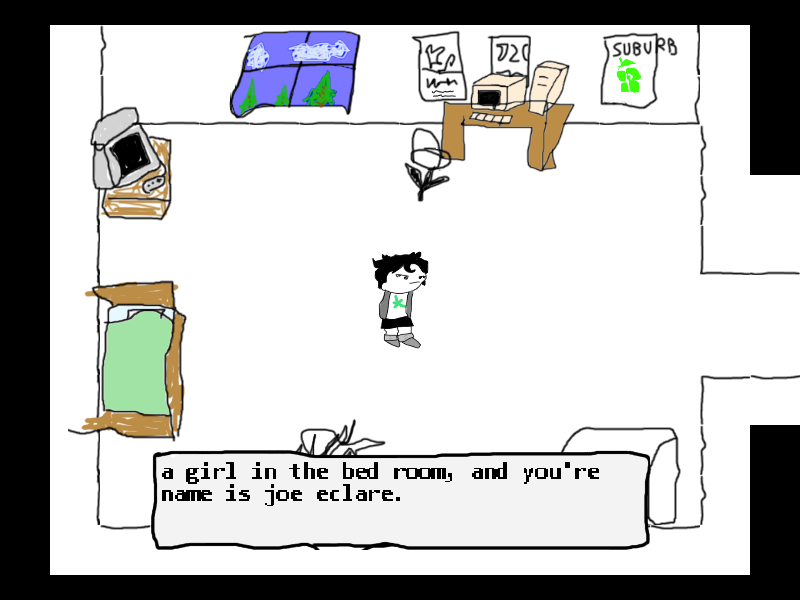 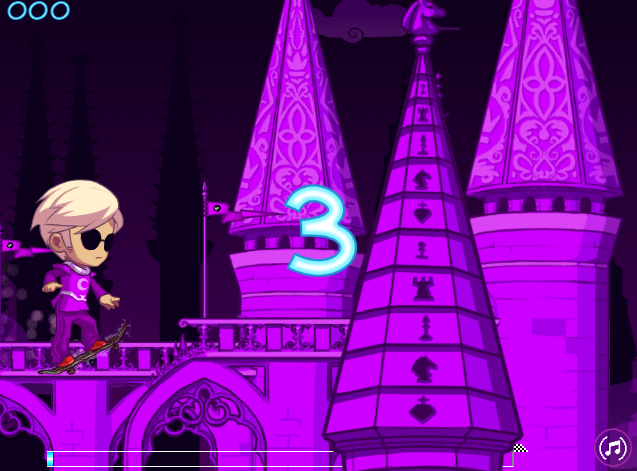 The only surviving minigame out of a big series of HS minigames by this artist. Play as Dave, flying the UNREAL AIR around Derse and high fiving John's retcon arms. 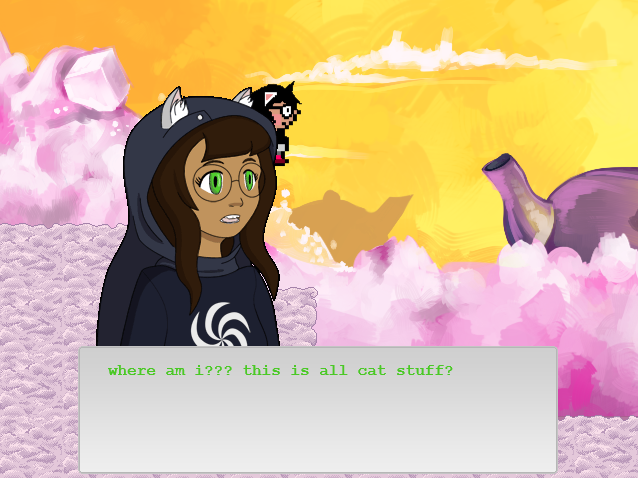 Call of Shakira: Gears of JadeKat

Originally part of the Homestuck Shipping Olympics 2012, a multimedia fanwork challenge. You play as Jade throughout a series of visual novel and platforming sections. 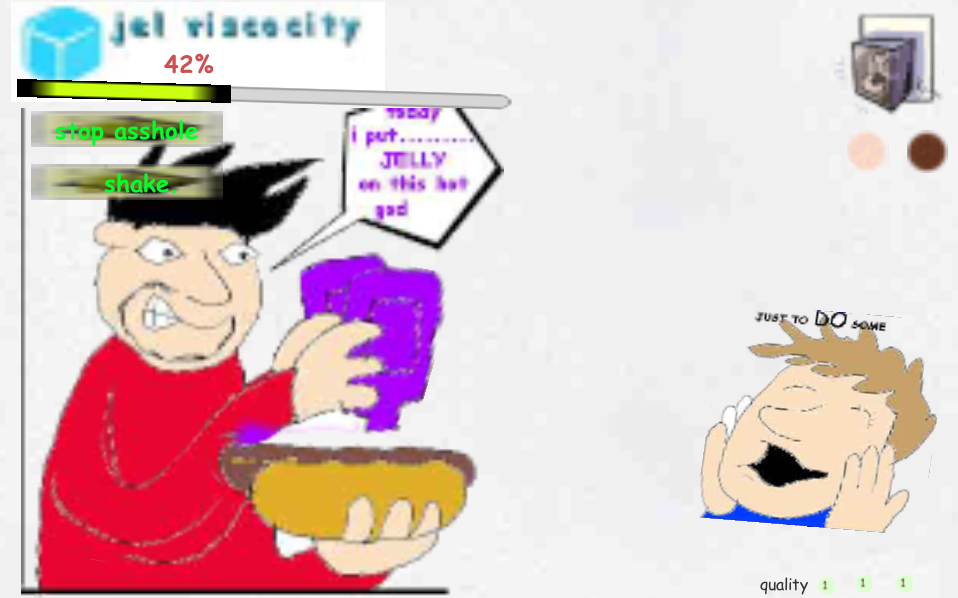 Today you will put JELLY on your HOT DOG. No question about that. 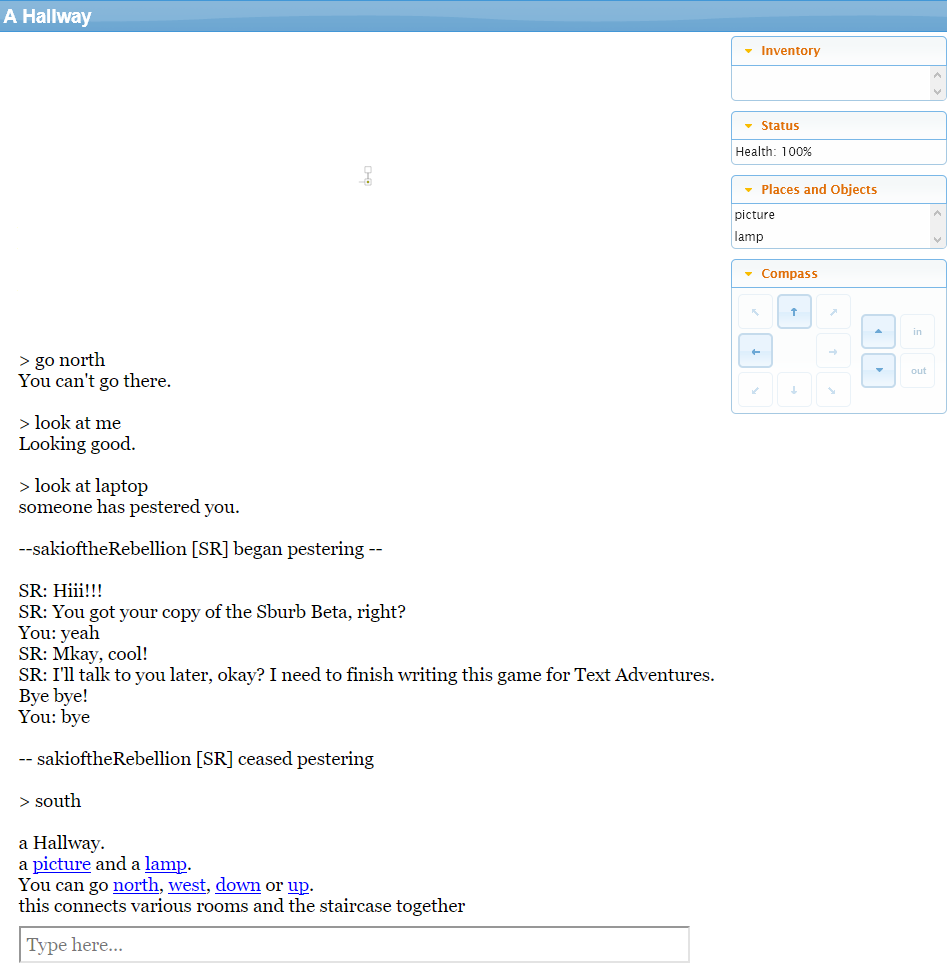 A half-done SBURB text adventure about entering a session.