Fanfiction, fanventures, videos and other derivative works by the Homestuck fandom, and where to find them. If you have anything you'd like to add to this list, please use the Contact page.

Sequential webcomics that emulate Homestuck but tell their own story 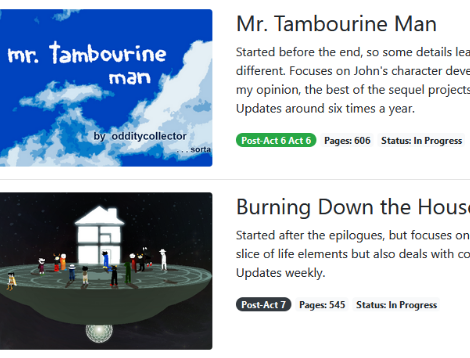 An exhaustive list of fanmade alternate endings for Andrew Hussie's Homestuck, in the fanventure style. 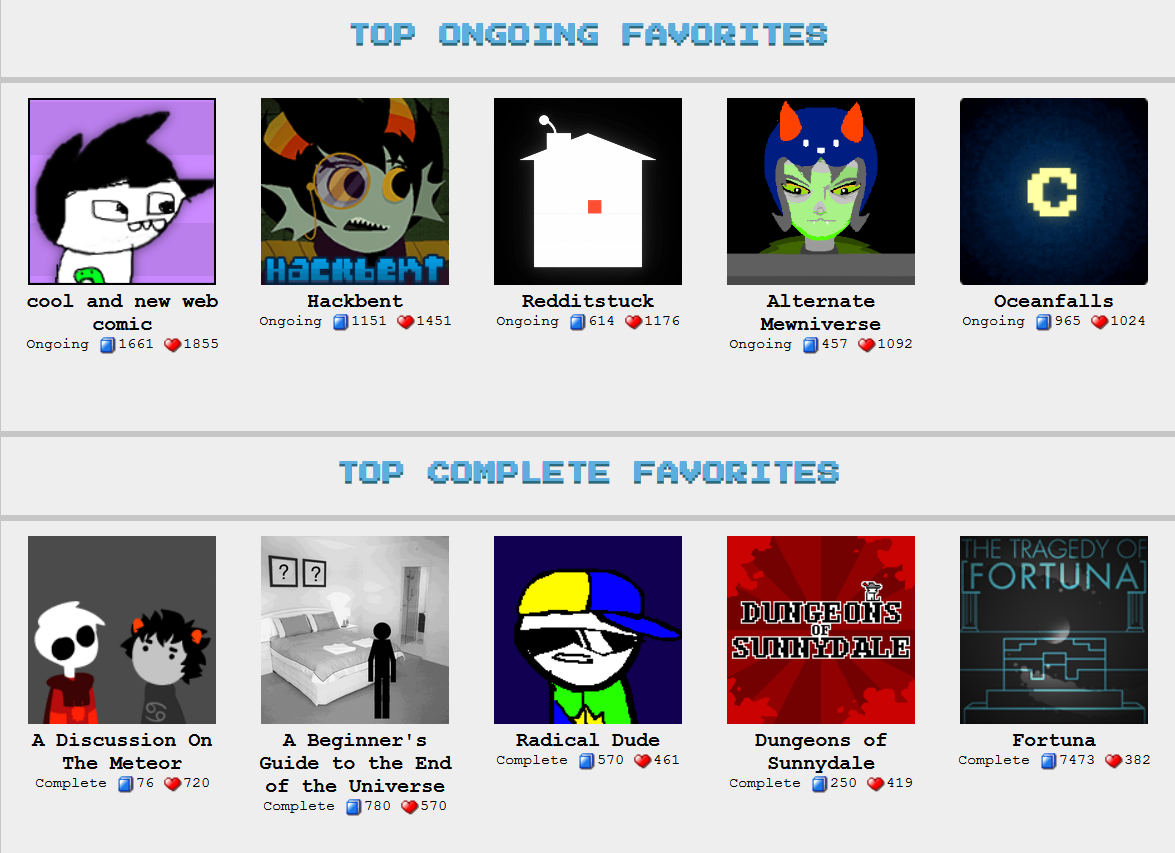 A website dedicated to artists and writers who need a place to host their stories, MSPA-inspired or not. Has features like custom CSS, flash hosting, image hosting, etc. The main, biggest site for fanventures, most of the popular ones are at least mirrored here.

A forum-based system for posting fanventures. Not very active, but some of them are not found anywhere else, especially smaller ones. 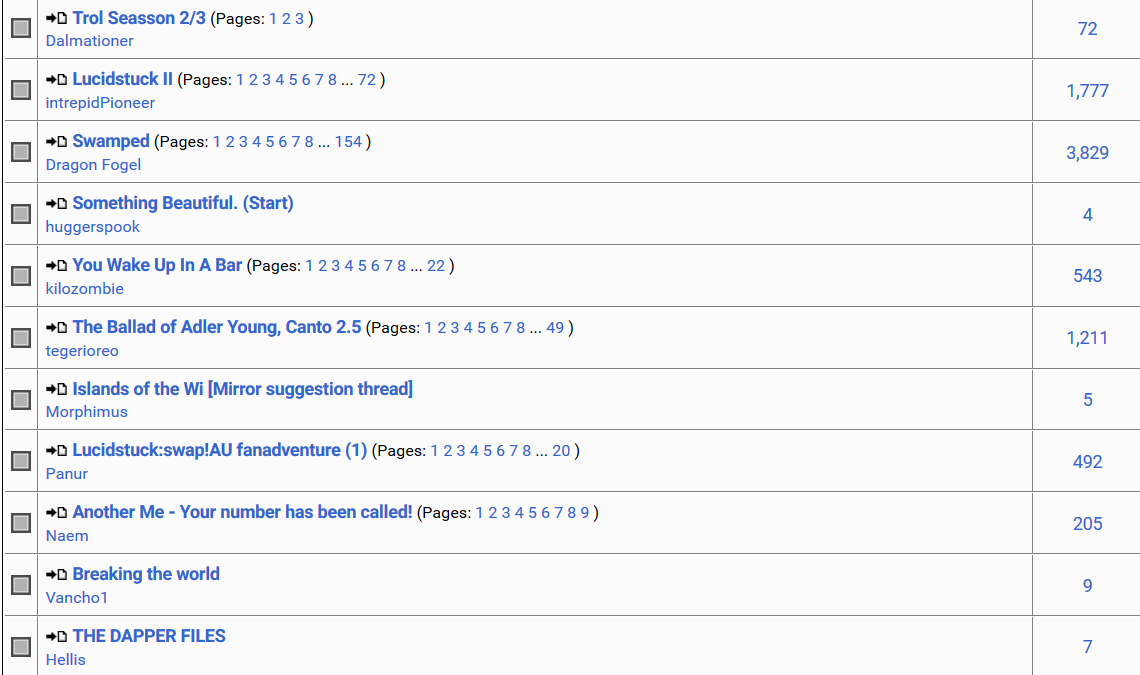 A forum originally split off from the official MSPA ones, many years ago. Has a lot of old adventures that used to be hosted there, and a few modern ones. Often has original adventures with no relation to Homestuck. 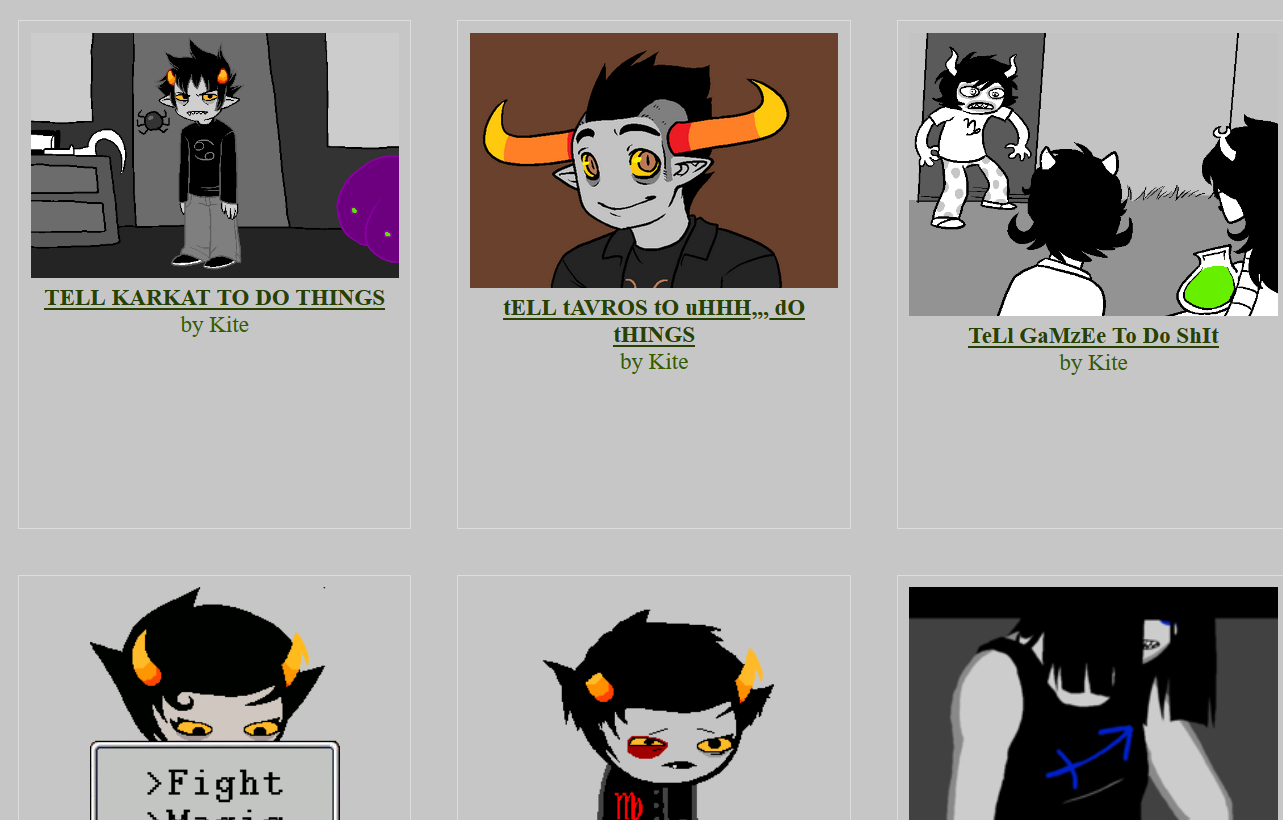 Fanventure-style stories adapted to play in a single page HTML format in your browser. A selection of 9 stories like Red Dead Virgo are archived here by Mozai. 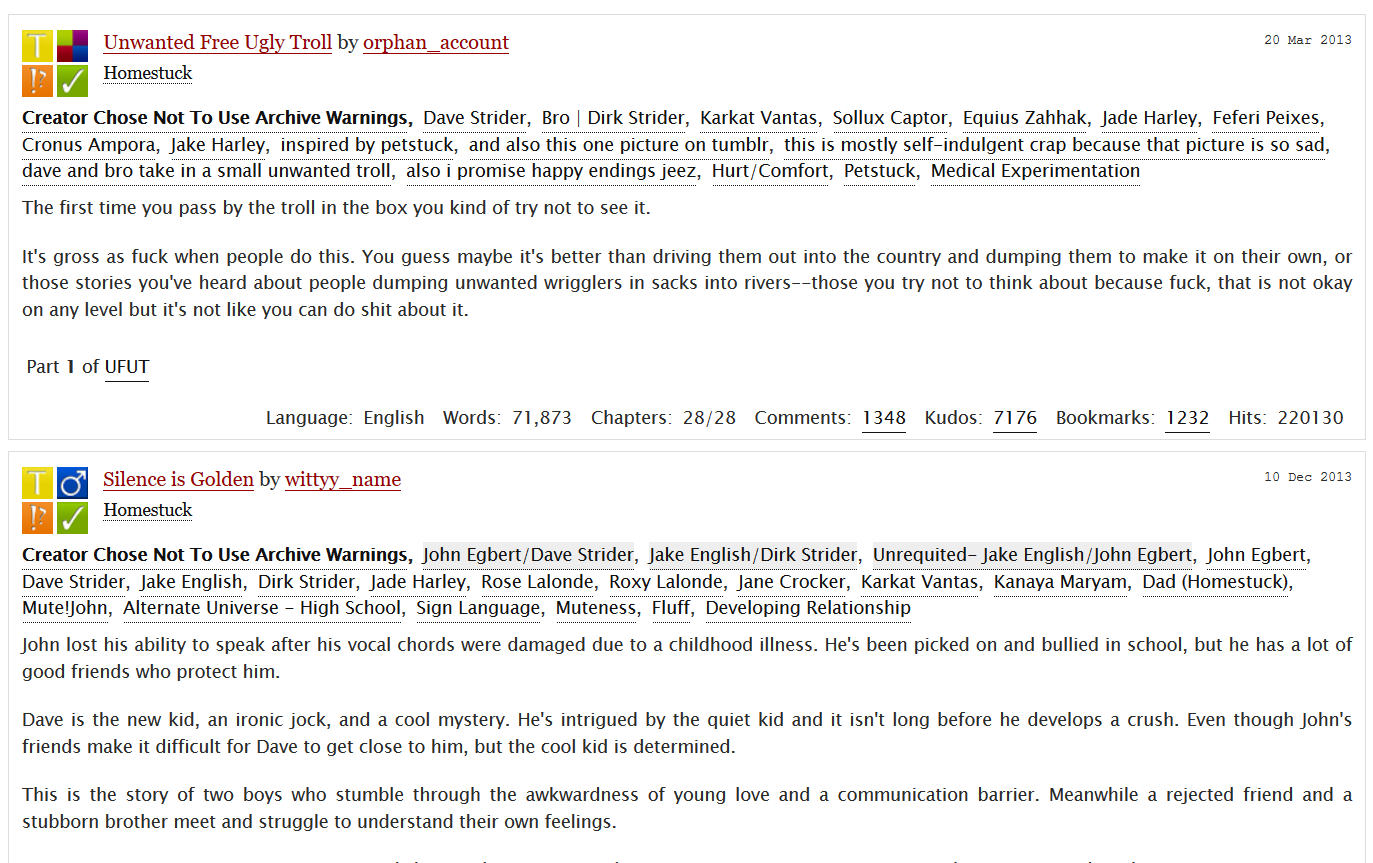 Archive Of Our Own

Also known as AO3, this website is the main modern story hosting site for Homestucks. Has a ton of features like custom CSS, which allows for Homestuck style pesterlogs. 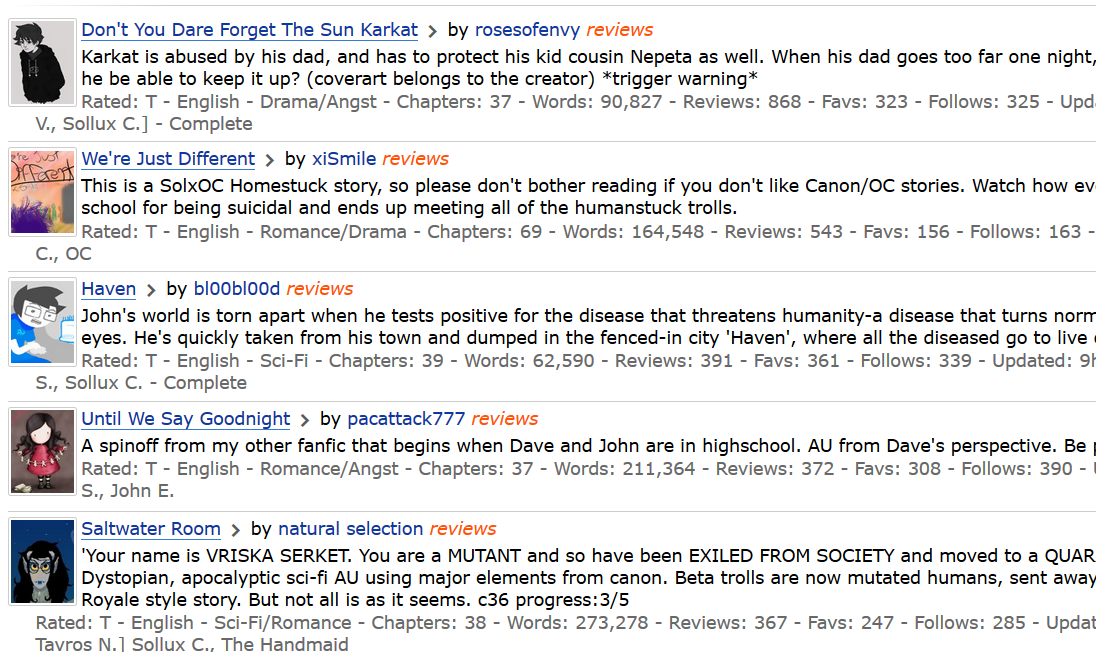 One of the first and the biggest fanfiction sites on the Internet, it hosts many Homestuck fanfics, but lacks features and it's been used less and less often since AO3 arrived into the scene.

Homestuck fanworks in other mediums 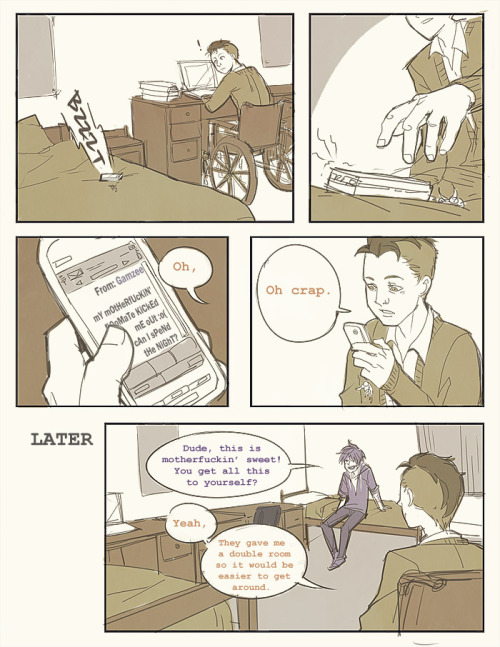 A series of Homestuck-related comics drawn in a traditional fashion. 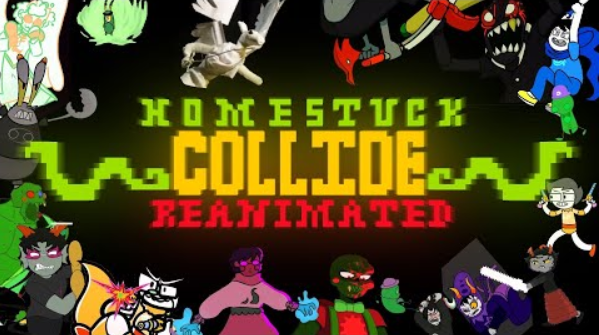 Throughout the 10s, a new pattern of fanwork emerged (or grew in popularity) - people splice an animation or video in segments of a few seconds, and give each to a different artist to "reanimate". The result is an eclectic mix of quality and artstyles that's quite entertaining to watch.

The Homestuck fandom is not an exception. Here are links to the finished reanimations of Homestuck flashes. 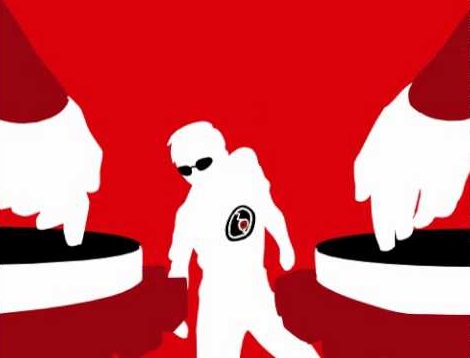 A playlist of the best Homestuck Youtube videos made by the fandom. Updated regularly.

A Video Archive for those that went missing is also available.

Two volumes of coloring books by GeekyCalligrapher. The first volume features common scenes of SBURB sessions, while the second show strifes of the kids and the trolls against their enemies. 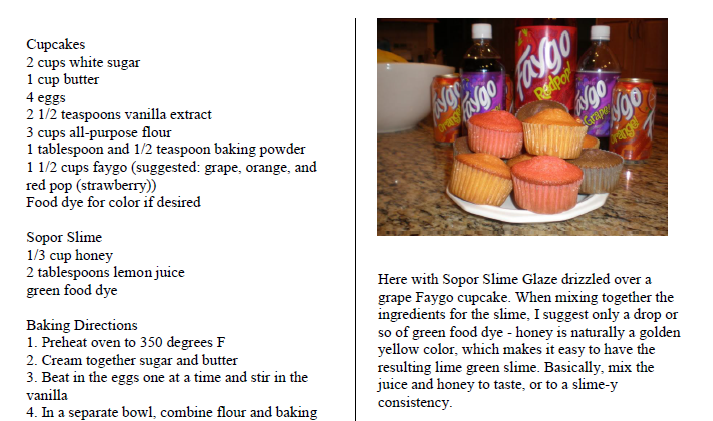 Known as The Eat Mesa - A MSPA Fan Cookbook, this book features 52 pages of recipes based on Homestuck and other MS Paint Adventures. Homestuck.net cannot guarantee their edibility or safety, consult your nearest rat-controlled chef.