A list of multimedia works that any internet dweller will enjoy, from Worm to Kid Radd.
Discussed heavily in the fourth channel of the Interests section in the Homestuck + Hiveswap Discord.
Writers are encouraged to join and talk to us, we've been visited by five and counting! 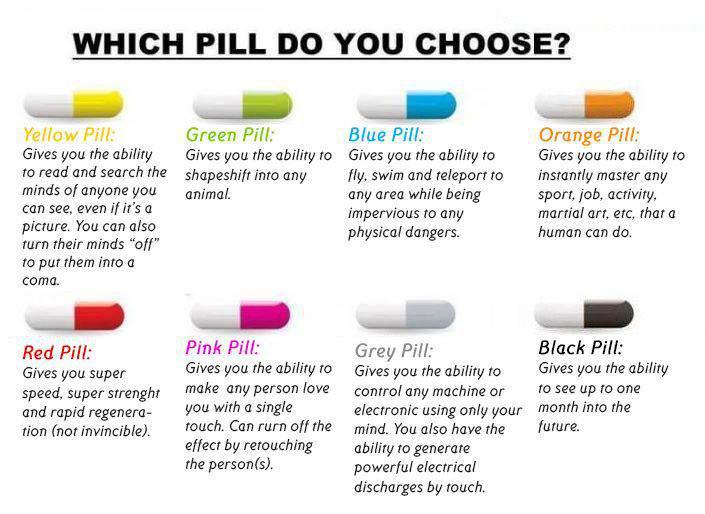 …And I Show You How Deep The Rabbit Hole Goes

You choose the red pill. BRUTE STRENGTH! That’s what’s important and valuable in this twenty-first-century economy, right? Some people tell you it isn’t, but they don’t seem to have a lot of BRUTE STRENGTH, so what do they know? 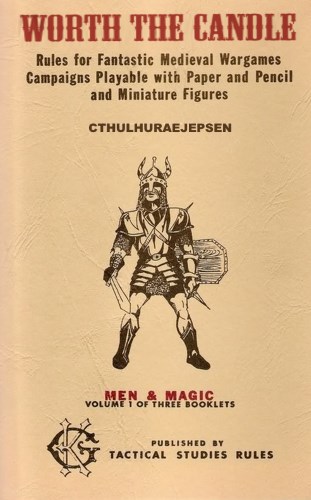 A teenager struggling after the death of his best friend finds himself in a fantasy world which seems to be an amalgamation of every Dungeons and Dragons campaign they ever played together. 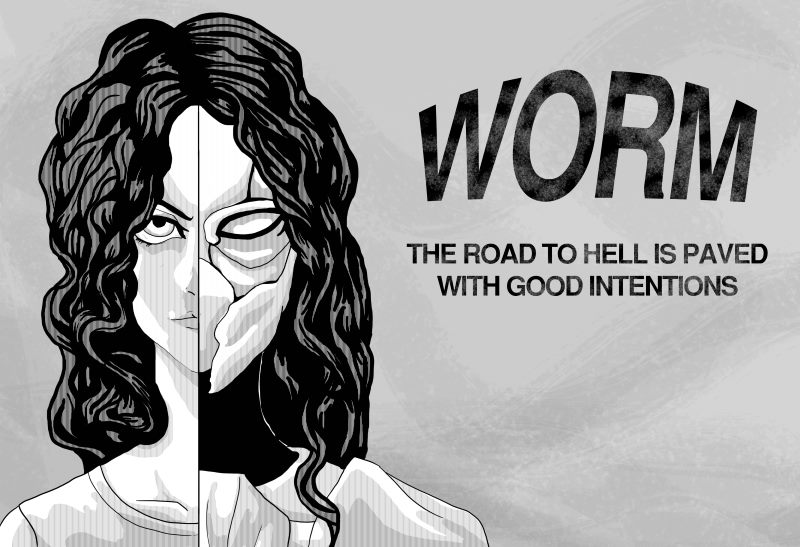 Looking to escape her deeply unhappy civilian life, an introverted teenage girl with superpowers heads out in costume - but her first attempt to take down a supervillain sees her mistaken for one. Dropped in at the deep end of the local 'cape' scene, Taylor Hebert finds herself doing the wrong things for the right reasons. 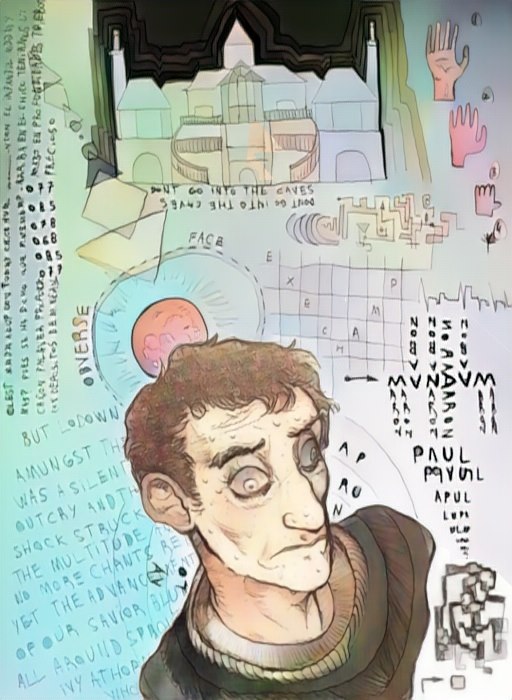 An online message board devoted to a cult fantasy author wrestles with his baffling final book. 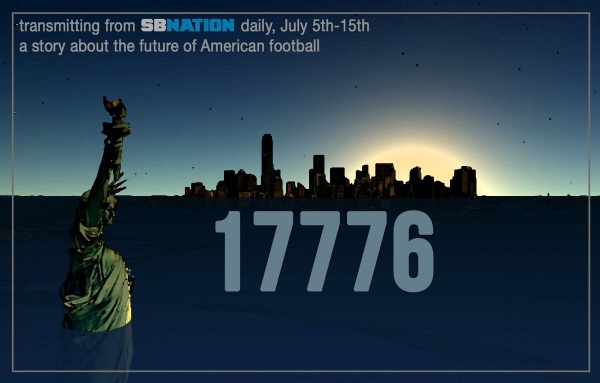 In the 15,000 years since the human race achieved immortality, three space probes gain sentience. Together, they watch humanity play an evolved form of American football, in which games can be played for millenia, over distances of thousands of miles. 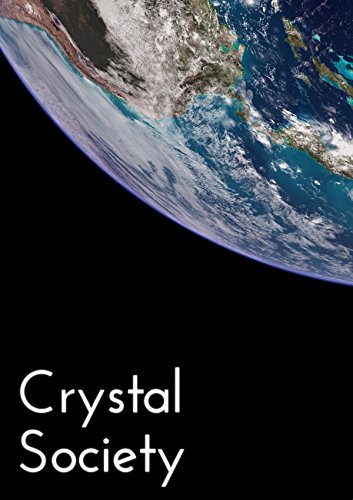 The most powerful artificial intelligence ever invented is a fractured collective of sub-programs running on an alien crystal housed in a man-made body. Threatened with deactivation, the crystal society creates one more sibling to better interact with their human creators: the Face of Socrates. 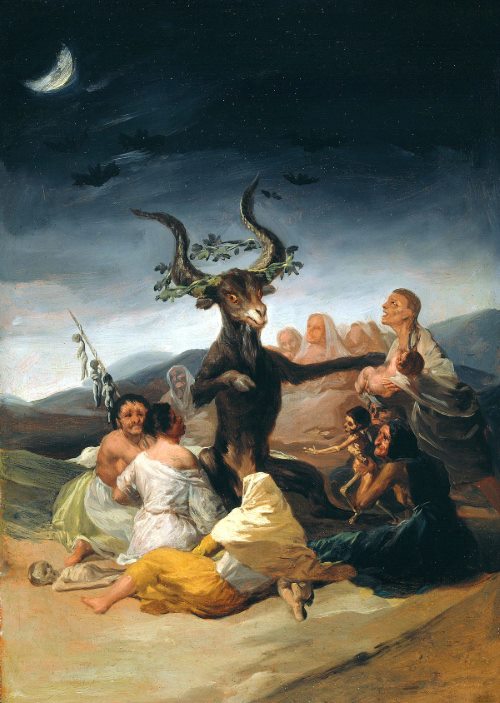 Z. Coulter's best friend Max is into some new thing called Homestuck. Like, freakily into it, and it's weirding her out. To get back on Max's wavelength, Z. engineers a road trip to a convention that Homestuck's creator, Andrew Hussie, will attend. But as they leave, a strange, permanently-smiling man begins to follow them... 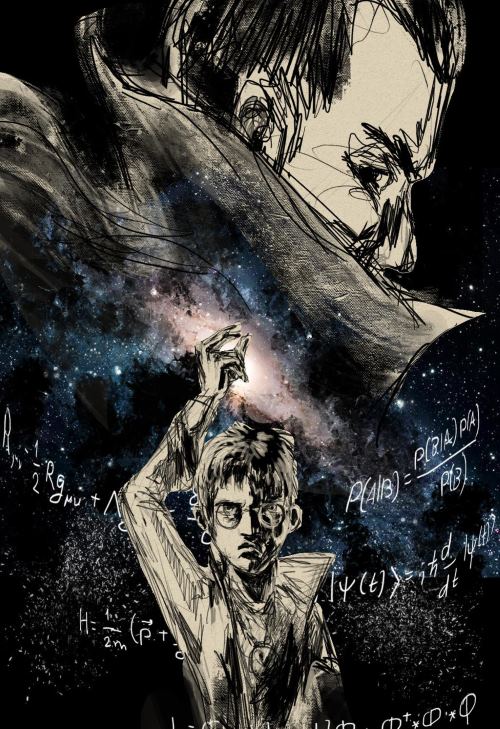 Harry Potter and the Methods of Rationality

Petunia Evans almost married Vernon Dursley. Thankfully, she came to her senses and married an Oxford professor of biochemistry instead. 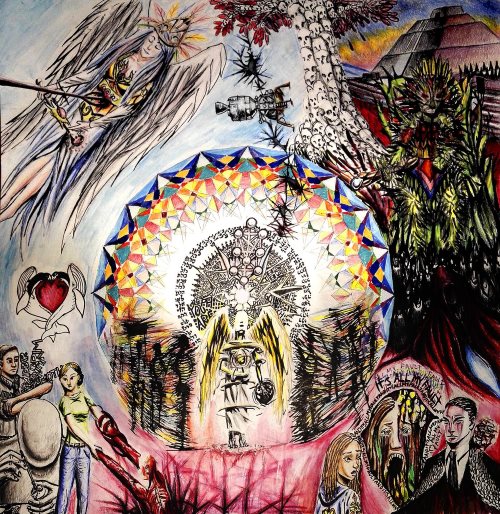 Aaron Smith-Teller works in a kabbalistic sweatshop in Silicon Valley, where he and hundreds of other minimum-wage workers try to brute-force the Holy Names of God. All around him, vast forces have been moving their pieces into place for the final confrontation. An overworked archangel tries to debug the laws of physics. Henry Kissinger transforms the ancient conflict between Heaven and Hell into a US-Soviet proxy war. A Mexican hedge wizard with no actual magic wreaks havoc using the dark art of placebomancy. The Messiah reads a book by Peter Singer and starts wondering exactly what it would mean to do as much good as possible... 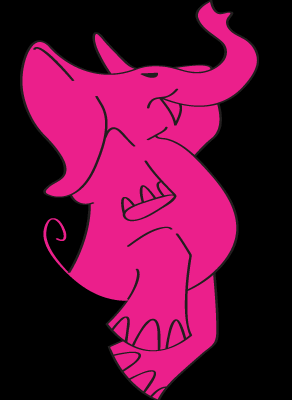 CORDYCEPS: Too clever for their own good

Someone wakes up in a mysterious facility with no memory of how they got there. This turns out to be the ideal state of affairs, and is swiftly ruined. 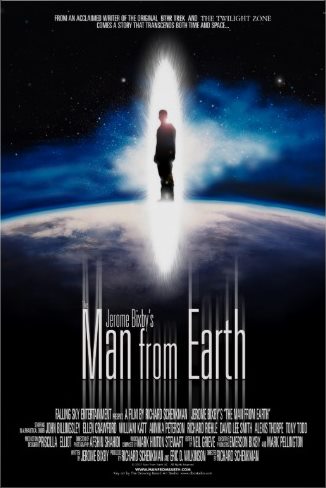 The Man From Earth

Professor John Oldman is leaving town, and his friends and colleagues want to say goodbye - but when they learn that the retiring scholar has a stranger past than they can imagine, they want answers too… 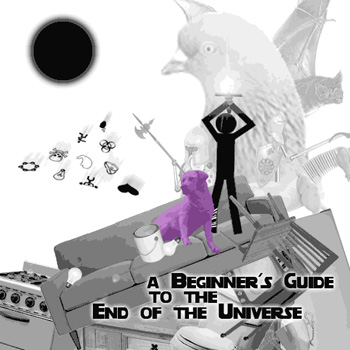 A Beginner's Guide to the End of the Universe

The Everyman wakes up in his typical everyman bedroom one day, only to find that he's trapped in an apartment complex hovering in the middle of an endless white void. With the help of a growing entourage of allies and the power of CREATIVITY, he sets out to find the true nature of the world - and of himself. 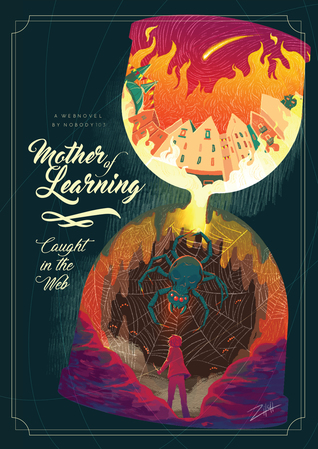 A young mage's plans to finish his education in peace are disrupted when he finds himself reliving the same month over and over. 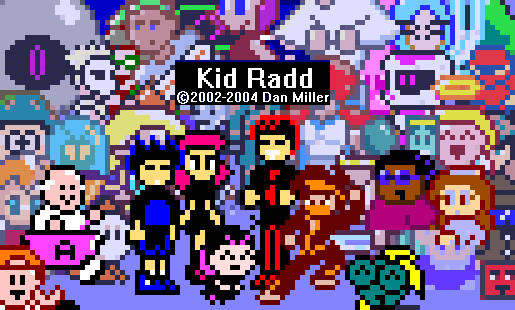 The eponymous hero of a classic video game is forced to integrate into a society of fellow sprites, re-evaluate his entire worldview, and - just maybe - save the world... 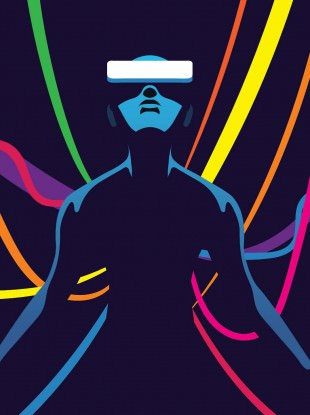 Thanks to the miracle of VR, Jackson Vedalt can substitute his hollow dystopian reality for an equally-hollow utopian simulation. But when he wins the chance to become the first playtester of the newest, most immersive VR MMORPG yet, the fate of two worlds hangs in the balance…
Contains several sex scenes throughout (particularly in the third and fourth chapters) but is otherwise undisputably one of the best in its genre. 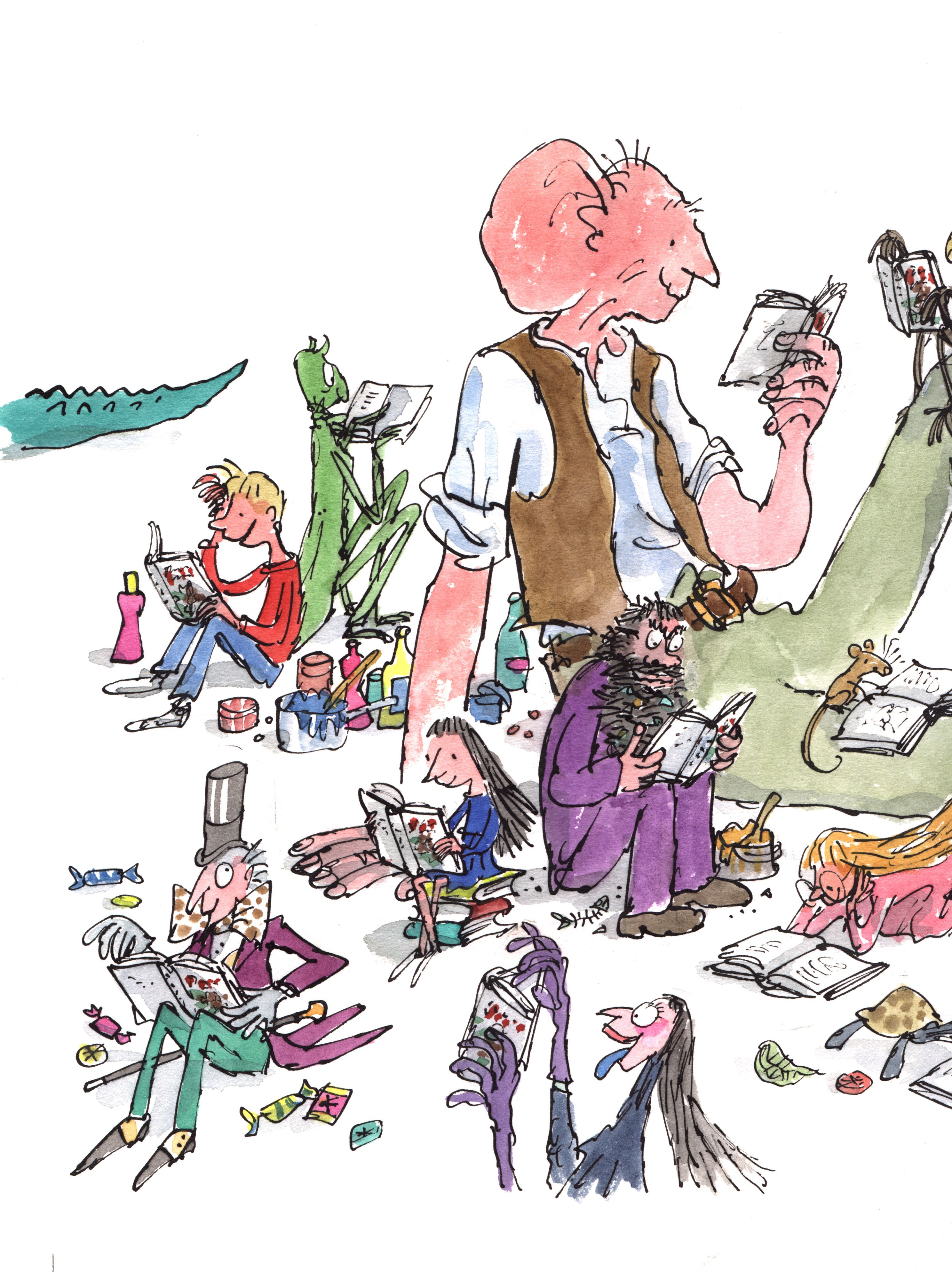 Chili and the Chocolate Factory

The Roald Dahl literary universe has been Abstracted.
"I, Charles Bucket, have decided to allow six children - just six, mind you, and no more - to visit my factory this year."
No previous knowledge required, but encouraged. 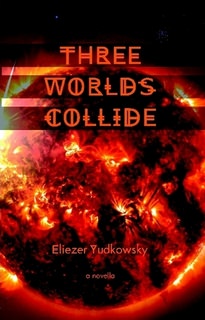 The crew of the Giant Science Vessel Impossible Possible World have set out to investigate an unusual energy signature coming from a star. Upon their arrival, they discover the sparkling debris of a recent nova - and baby-eating aliens. 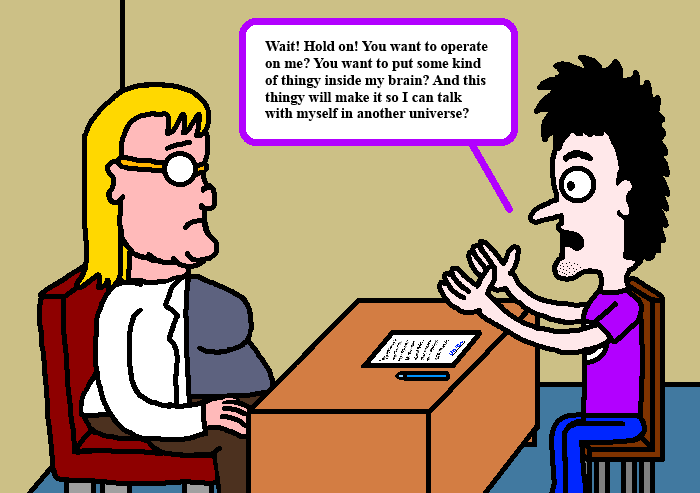 Ulf has a chip installed in his brain that puts him in contact with alternate-universe versions of himself. Also, Ulf is an idiot. Well, he was. Now he is an increasing number of idiots. 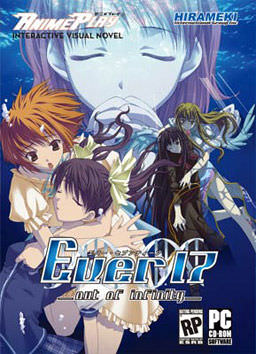 Ever17: The Out of Infinity

Seven strangers find themselves stuck in an underwater theme park. With mere days until the facility implodes, they must work together to find a means of escape - and to work out how they ended up trapped in the first place.
Use a no spoilers guide and the Tsugumi->Sara->Sora->You route order to reach the true ending. 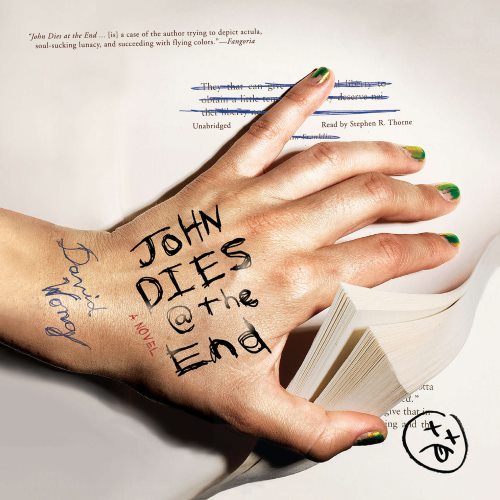 John Dies at the End

A new drug promises out-of-body experiences, but users are coming back changed forever, and an otherworldly invasion of Earth is underway. 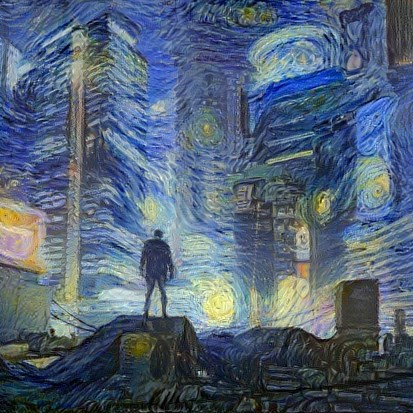 Advances in machine learning and neural networks had opened new doors in language processing, in genetic science, in art, and in music. Behind the final door we had hoped to find desire itself, and lust, and carnality more carnal than carnal. Since then we have learned that some doors should stay closed forever.
Warning: a right-wing neoreactionary wrote this, and many of those ideas make it into his writing. It's also NSFW, but a must-read if you're an adult unlikely to fall for propaganda. 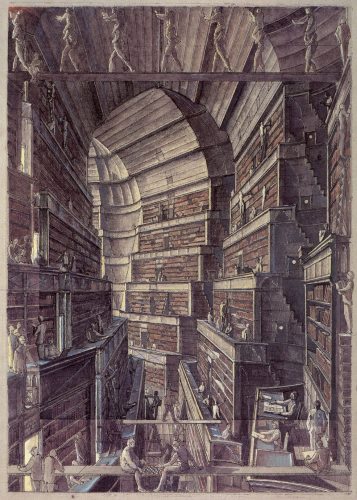 A bibliophile and a book thief stumble upon a book. It's average in every respect except one - they're pretty sure it doesn't exist.

Inspired by (and completely spoils) The Northern Caves.